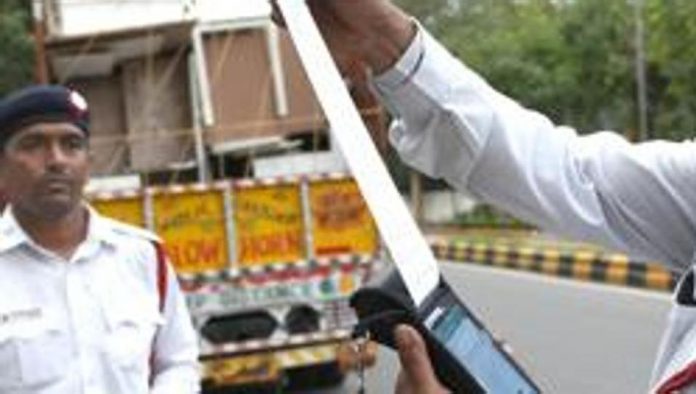 Truck driver Ashok Jadav was fined on September 3 but the picture of the challan went viral on social media on Saturday evening.

A truck driver in Odisha’s Sambalpur district, who was fine a whopping Rs 86,500 for violating several traffic rules last week, may have become the single biggest violator of the amended Motor Vehicles Act.

Truck driver Ashok Jadav was fined on September 3 but the picture of the challan went viral on social media on Saturday evening.

Though the total fine amount was Rs 86,500, the driver paid Rs 70,000 after negotiating with authorities for more than five hours.

The truck belonging to a Nagaland-based company BLA Infrastructure Private Limited was loaded with a JCB machine. It was on its way to Chhattisgarh from Talcher town of Angul district when it was intercepted by officials in Sambalpur.

Odisha is among the few states which started implementing the amended MV act from September 1 when it came into force. It has grossed the highest penalty in the country under the new MV Act in the first four days of its implementation by collecting over Rs 88 lakh.

In the first four days, the state’s transport department imposed a hefty amount of Rs 88 lakh as penalty, the highest in the country. Last week, an auto-rickshaw driver in Bhubaneswar was fined Rs 47,500 for driving his vehicle without a valid driving licence, registration certification, insurance certificate as well as for drunken driving.

The state’s transport department decided to set up a call centre to sort out issues regarding problems of citizens in the implementation of the Motor Vehicles Amendment Act, 2019.

The state’s commerce and transport secretary G Srinivas said the call centre would be set up in the office of transport commissioner in Cuttack and will be operational between 8am and 10pm. All complaints related to the new license laws, harassment and wrong challan will be addressed by the control room, said Srinivas.