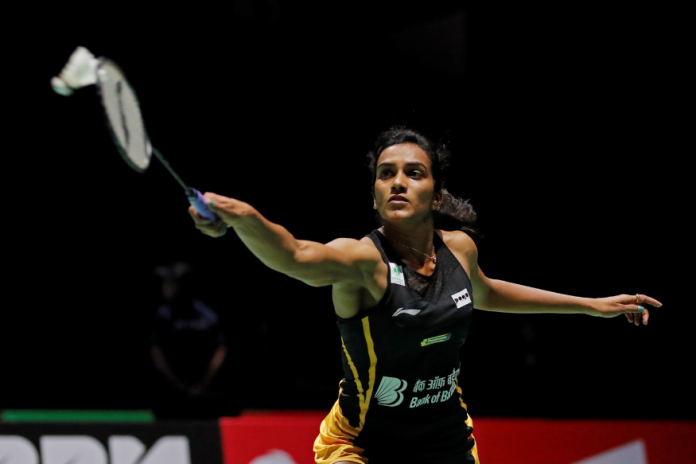 Even as it was sinking in, PV Sindu was waking up to a dream. “Finally, I have become a National champion!” she exclaimed. Then suddenly, she and with her, the rest of India was wide wake. “Sorry, sorry, World Champion!” she laughed, as she repeated the words, slowly and deliberately, lest it slip away. “World Champion…”

You, India, should repeat it too. Slowly and deliberately. It won’t slip away. It’s here to stay. Try it. “World champion…” Then do it again, this time with feeling. “Sindhu! World champion!” 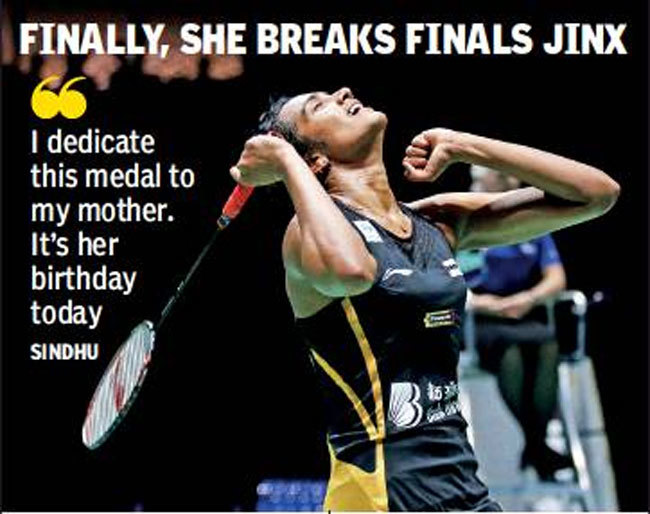 In Basel, home of Roger Federer, the master of all the unhurriedness possible in sport, Sindhu was in a tearing hurry on Sunday. Discarding all the nonchalance of Federer’s game, the ethos of a whole town even, Sindhu went for the jugular from the start — her devastating smashes leaving Japan’s Nozomi Okuhara all but broken in a blitzkrieg that lasted no longer than 38 minutes! 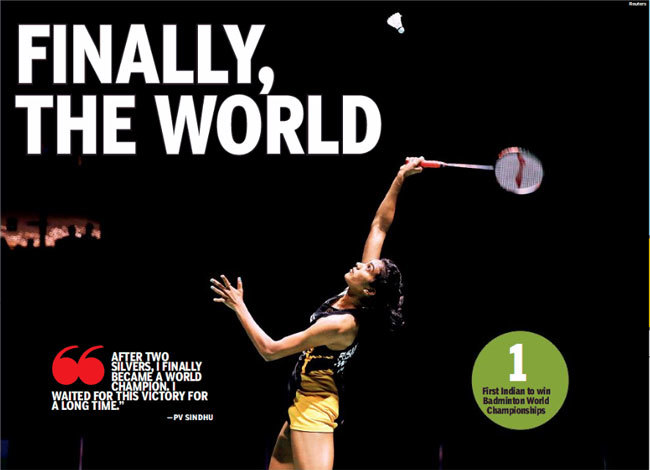 Many of us back home hadn’t even settled into our couches, and even before the “Where were you that moment?” online threads could take shape, a Hyderabad girl – with all her majestic impatience — was giving India our first world champion in badminton. Thirty-eight minutes and just 36 points later, she had rampaged to a 21-7, 21-7 victory – a form of complete dominance and control seldom seen in Indian sport in a long, long time.

Congratulations to her for winning the Gold at the BWF World Championships. The passion and dedication with which she’s pursued badminton is inspiring.

Congratulations @Pvsindhu1 for winning the BWF World Championship. This is a proud moment for the entire country.

Your magic on the court, hardwork and perseverance enthralls and inspires millions. Best wishes World Champion for all your future battles #PresidentKovind

Spoke to @Pvsindhu1 and extended congratulations on behalf of the people of India for her historic win🥇 Also spoke to coach P. Gopichand and appreciated his efforts for this historic win of PV Sindhu and Bronze medal of @saiprneeth92 https://t.co/JDi7RkyMWv


Or perhaps the manner of dismantling the opponent was unprecedented by Indian standards, but it was a new Sindhu the world was witnessing. “I kept waiting for this. I lost last year (to Carolina Marin) and the year before last. Finally, I made it,” Sindhu said, flicking away the beads of sweat that had not even begun to form.
Aggressive, precise and attacking the lines, she was the enforcer, an aspect that was hitherto missing from her game. Factor this: Sunday was her Sindhu’s third consecutive world final. In 2017, when she let the moment slip against the same opponent, they had engaged in what was a famous 73-shot rally. This time, eschewing all the tentativeness of her past finals, perhaps the longest exchange she entertained was a 22-shot affair, for the opening point of the opening game. That was it.

Thereafter there was no stopping, no chance for the Japanese for a look-in even. Instant badminton, no time for niceties.
Win over Tai was a confidence boost
So what had changed for the lanky Indian? Perhaps, it was her much-improved fitness. Perhaps, it was her strength-giving come-from-behind victory against Tai Tzu Ying in the quarters that worked wonders to her confidence and enabled Sindhu to switch from a more sedate rallying pattern to a go-for-the-kill approach that worked so well.
Never once did Sindhu trail in the blink-and-miss contest as the pain of losing the last two finals almost burst forth in the energy Sindhu expressed in her jump smashes and hard pushes leaving a higher-ranked Okuhara puzzled, looking lost and literally floored on several occasions. 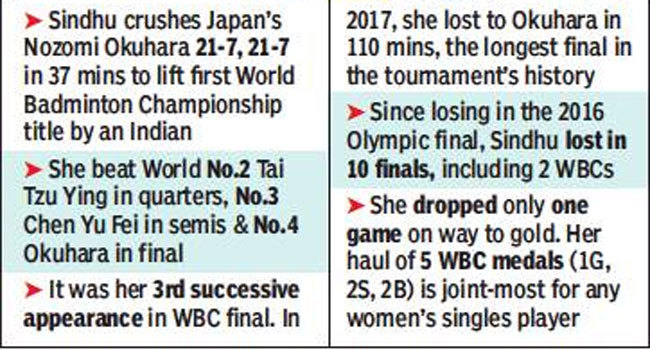 The opening game rally was the only moment which gave some hope to Okuhara. Thereafter, Sindhu stamped her class and authority all the way. An eight-point burst saw her move into an 8-1 lead. A stunned Okhura could only earn her second point then, the 8-point surge changed the complexion of the game and set the tone for the final.
Sindhu stuck to a strategy of pushing the shuttle to the back of the court and smashing hard whenever she got an opportunity. Okuhara tried to drag her to the net but Sindhu was up to it as she retrieved quite well at the net. At 16-4 Sindhu produced a delightful crosscourt drop which kissed and moved down the net.

Okuhara tried to get as many points as possible to reduce the gap. But that did not work as Sindhu was bent upon closing the contest as fast as possible and knock her opponent out of the contest. The first game ended with a power-packed smash that almost hit Okuhara.
The second game played along the same lines. Though Okuhara tried hard to stay in the contest, Sindhu had raised her game to another level as she took her opponent by the scruff of the neck.
A scream of ecstasy and the customary handshake with the shell-shocked Okuhara followed to tell us it was all over.