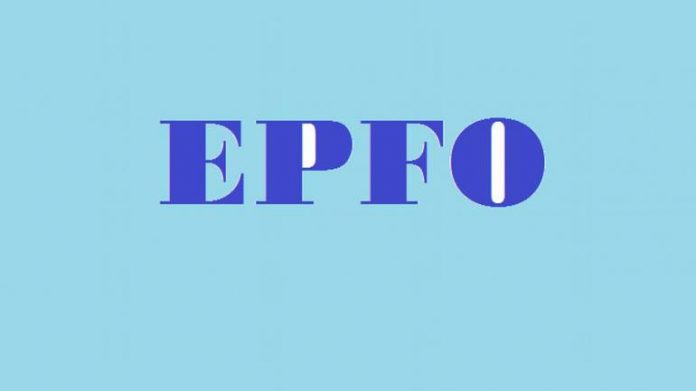 The matter was resolved after Labour Minister Santosh Kumar Gangwar recently met Finance Minister Nirmala Sitharaman and explained that the organisation is left with a sufficient surplus even after paying 8.65 percent interest rate to its 46 million subscribers

The Union government may soon notify the 8.65 percent interest rate that was offered in 2018-19 by the Employee Provident Fund Organisation (EPFO) as differences over the rate between the Labour Ministry and the Finance Ministry have been sorted out, two officials with direct knowledge of the matter said.

The matter was resolved after Labour Minister Santosh Kumar Gangwar recently met Finance Minister Nirmala Sitharaman and explained that the organisation is left with a sufficient surplus even after paying 8.65 percent interest rate to its 46 million subscribers, one of the officials said requesting anonymity.

“The interest rate will be notified in a week,” a second official aware of developments at the Central Board of Trustees (CBT) meeting held in Hyderabad on August 21 said on condition of anonymity. Officials, however, said that the matter was not a part of the agenda and it was discussed informally.

CBT is chaired by the Labour Minister and has representation of central and state government officials, trade unions and industry bodies. Queries sent to spokespersons of the Labour Ministry and EPFO did not elicit any response.

The EPF interest rate is determined by CBT, which is the apex decision-making body and the same is notified by the Labour Ministry after taking concurrence of the Finance Ministry. In a meeting of CBT on February 19, the trustees decided on a rate of 8.65 percent for FY19 but the Finance Ministry wanted EPFO to cut the rate by at least 10 basis points (100 bps=1 percentage point). The government could not notify the rate because of the Finance Ministry’s objection, which led to the delayed disbursal of interests in subscribers’ accounts by almost five months, the officials said.

The interest rate offered for FY18 was 8.55 percent.

In June, the Finance Ministry wrote to the Labour Ministry to review its decision of offering the 8.65 percent rate on two grounds — one pertained to EPFO’s decision to invest in financially troubled Infrastructure Leasing & Financial Services (IL&FS) group companies, and the other was about the appropriation of surplus of the previous years. HT reported the development on June 20.

The Labour Ministry, however, disagreed with the arguments of the Finance Ministry. HT reported on July 19 that EPFO would be left with sufficient surplus of over Rs 3,150 crore even after offering 8.65 percent rate to its subscribers in 2018-19.

“Trustees have already taken a decision after assessing the annual returns on the investments and it is their duty to ensure that the subscribers get their rightful share. As it does not take a penny from the Consolidated Fund of India, it is not obliged to follow the Finance Ministry’s diktat,” said a trustee who did not wish to be named.

The EPF rate is substantially higher than that of similar government schemes. The Finance Ministry last month slashed interest rate on General Provident Fund (GPF) and other similar funds to 7.9 percent for the quarter-ending September 30, 2019, as compared to eight percent offered to government employees in the previous quarter.

Virjesh Upadhyay, National Secretary, the Bharatiya Mazdoor Sangh (BMS), said: “Finance Ministry can advise and not dictate. Subscribers will get what has been decided by the trustees.”
Dr G Sanjeeva Reddy, President of the Indian National Trade Union Congress (INTUC) and a CBT member, said: “The surplus was sufficient to offer even a nine percent interest rate.” The Finance Ministry cannot force its decisions on an independent organisation, he added.