Home Economy What is the way out of the current slowdown? 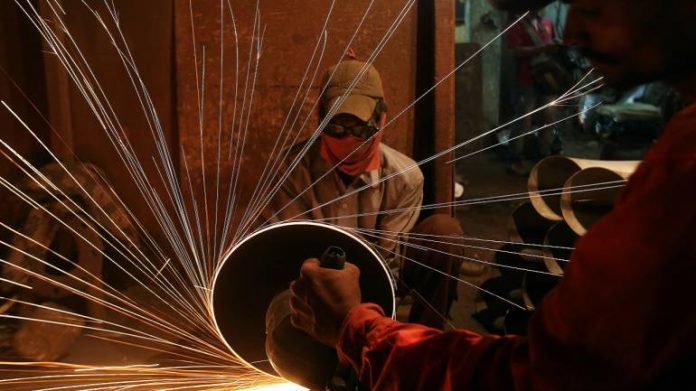 India’s central bank on its part has been deploying its monetary tools and has aggressively reduced rates by close to 110 basis points in the current calendar. There is a clamour for accelerating credit growth and the recapitalisation of government banks was seen as an effort in this direction, but the slower credit growth is a fallout of the slowdown rather than its cause.

A large scale spending push by the government could have helped, but being constrained by the fiscal discipline roadmap, that did not happen in the Union Budget. The market is looking for quick fix solutions like a GST rate cut and the like, but such short-term nudging misses the bigger picture.

Is it a structural or cyclical slowdown?

It’s naïve to assume the current slowdown is a cyclical one. Instead, it is more structural in nature and therefore needs a radical policy shift, or else the problem will only get worse in future.

What are these structural challenges?

Simply put, the twin drivers of the economy till now, which were high growth in private (household) consumption led by a declining household savings rate and high growth in government spending  led by high consolidated fiscal deficits, may be running out of steam. We do not expect any imminent revival in private investment. Also, the NBFC ‘liquidity’ and ‘solvency’ issues could persist and even percolate into other parts of the financial system, given the deep connection among real estate developers, housing finance companies, banks and bond markets.

A substantial decline in wage growth, both rural and urban, in recent times resulting in lower household savings has possibly slowed down growth in real per capita income, which is holding back demand.

Is stimulus the answer?

Former RBI governor Raghuram Rajan recently said that “stimulus of one kind or the other would not be useful in the long term, especially given India’s fiscal situation”.

While a tweaking of the GST rate or a scrappage policy for older vehicles can bring short-term cheer for the markets, it will not address the structural issues that ought to be dealt with on a war footing.

The jobs crisis should be taken seriously

It is common knowledge that India is not generating enough jobs for its teeming millions and growth in income is stagnating. Let us go back to the root cause of these problems – the structural composition of the Indian economy. India, despite being a developing economy, has adopted a service-led growth strategy by bypassing the industrialisation effort, with the share of services at 54 percent of the economy.

Economists call this phenomenon the ‘missing middle’ – a scenario where growth in manufacturing and industry with their ability to absorb large scale labour is missing, and jobs tend to be concentrated in either highly skilled service-driven industries like IT or financial services or in farms with very low productivity.

This has left India incapable of coping with an impending demographic wave, increasing the risk of the economy falling into a low income trap with scores of jobless youth. This is already beginning to hurt us and the current slowdown is partially attributable to this phenomenon.

If we look at the countries which have a similar share of services to GDP as India, we are seen rubbing shoulders with countries like Russia, South Korea, Mexico, Argentina, Malaysia, and Slovakia  – economies whose GDP per head is many times higher than ours.

Almost all countries that have managed the transition from low to high income have undergone industrialisation, diversifying and upgrading their production structure, relinquishing dependence on agriculture and natural resources.

Even to realise the much flaunted goal of doubling farm income by 2022, the need of the hour is to move people out of agriculture. Unfortunately, the wake-up call has come at a time when technology is changing the landscape of manufacturing at a rapid clip.

Make in India – Time to seriously walk the talk

Going by current estimates, India will require a nominal growth rate of at least 16 percent for the next 10 years to enter the bracket of middle income countries. The task may be impossible unless ‘Make in India’ translates into concrete action.

With growing protectionism across the globe, exporting our way to prosperity may be easier said than done and we should focus first on import substitution. Substitution of a large part of our import basket by indigenous manufacturing, be it in Defence or elsewhere, should be the focus with targeted policies as well as incentives for those sectors.

How can the government kick start a virtuous cycle now?

However, a big handicap often faced by industries across the board is inadequate infrastructure. The government can actually do something innovative on this front that can address the twin issues of kickstarting the virtuous cycle as well as provide the enabling environment for manufacturing to flourish.

As a starting point, the government could identify 10 to 15 large projects, mostly in infrastructure, with aggregate investments say in the order of $20-25 billion. These projects should be structured in a way that all linkages, approvals, permits, land etc. are in place. To identify these projects, a think-tank could be consulted to first identify projects with maximum linkages with the economy. The government could ensure predictable mid-teen rupee returns on these projects and invite FDI (foreign direct investment) in them.

There should be no room for policy ambiguity that tends to deter foreign investors. This could ignite secondary and tertiary activities revolving around these projects, generate jobs, provide a kicker to consumption and help start a virtuous cycle.