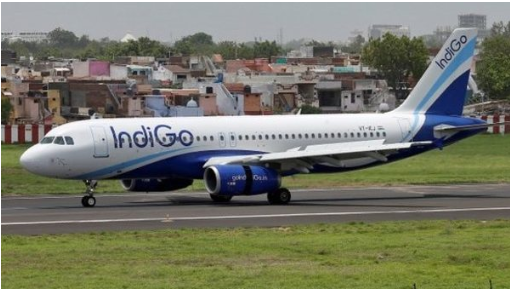 India’s domestic air passenger traffic had slowed down in the June quarter as Jet Airways’ shutdown pulled the beleaguered airline’s capacity out of the system.

Even so, last quarter’s financial results of InterGlobe Aviation Ltd and SpiceJet Ltd are nothing to complain about. InterGlobe runs IndiGo, India’s largest airline by market share.

One factor that helped last quarter was that the environment for yields, a measure of pricing, remained stronger. IndiGo surpassed Street expectation by clocking a 12.7% year-on-year improvement in its yields. On the other hand, smaller rival, SpiceJet’s yield increased by 2%, falling short of estimates.

At the time of announcing results, SpiceJet said, “The airline’s operations remained stressed for a large portion of this quarter due to the continued grounding of its superior B737 MAX aircraft. This limited the airline’s ability to take its yields up, owing to passenger disruptions and re-accommodation; while simultaneously increasing its fixed costs on this category of aircraft.”

“While Indigo’s domestic passengers carried grew by about 20%, international jumped by about 50%. Higher yields on international routes vacated by Jet Airways have also led to the divergence in yield growth between Indigo and SpiceJet,” said analysts from Edelweiss Securities Ltd in a report on 21 August.

As such, capacity expansion helped both airlines clock handsome revenue growth. IndiGo’s revenues increased by about 45% and SpiceJet’s by 35%. On the profitability front, IndiGo’s Ebitdar, increased by a whopping 233% year-on-year to ₹2656 crore. Ebitdar is earnings before interest, tax, depreciation, amortisation and lease rentals. SpiceJet’s Ebitdar also jumped sharply by 88% to ₹684 crore.

Going ahead, yields will remain a key monitorable for investors. Here, from a near-term perspective, the scenario doesn’t look hunky dory.

“The yields have started to normalise in Q2FY20 as the impact of Jet Airways’ grounding has waned off,” Centrum Broking Ltd said in a report on 20 August. “While Q2FY20 is anyways a seasonally weak period, there is additional softening of yields due to lower fares in 0-15 day ticket booking window,” it added.

Severe disruption due to floods has made Q2FY20 even worse, point out Edelweiss analysts, adding, “We expect nominal yield growth at best, with potential for significant pick up during Q3FY20.”

As such, muted yield environment may well cap sentiment for airline stocks in the near future.