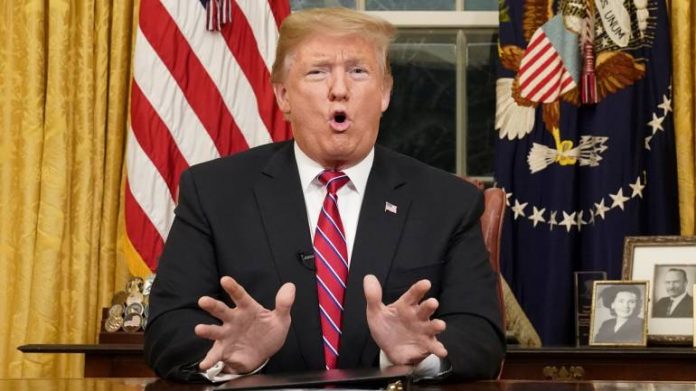 Going by his previous actions where he has gone back on many multi-lateral agreements, the world cannot ignore Donald Trump’s threat to pull out of the WTO as just another political rhetoric.

On August 13 United States President Donald Trump threatened to pull the US out of the World Trade Organization (WTO) if ‘conditions are not improved’. This is not the first time he has threatened leaving WTO. However, for the world economy faced with a slowdown in major economies and the ongoing US-China trade war, these threats are worrying.

Trump has already pulled the US out of Paris Climate Agreement and Trans Pacific Partnership (TPP). He has renegotiated trade agreements with Canada and Mexico (NAFTA), and South Korea (KORUS). He is reshaping US trade regimes with China and the European Union (EU). The US has also suspended Generalized System of Preferences (GSP) programme with India and Turkey. Trump has blocked new appointments of the WTO Appellate Body. So, the world cannot ignore his threat as just another political rhetoric.

The major US complaint against the WTO is about the dispute settlement mechanism as well as the system by which countries declare themselves as developing countries. Unlike the ‘least develop country’ tag provided by the UN, the WTO allows any country to declare itself as a ‘developing country’

After self-designating as ‘developing’, these nations can benefit from longer time frameworks, softer tariff cuts, procedural advantages in disputes and technical assistance from the WTO. Other members, of course, can challenge this. So, within the WTO, members can start new reform discussions.

With Doha negotiations already stalled, any new reform negotiations are going to take time. Meanwhile, the US has already started revising some of its trade rules under one pretext or other. If that happens at a larger scale, the impact on the global trading system is going to be felt sooner or later.

If the US were pushing for genuine WTO reforms, it would have been useful for the global economy in the long run. If some of the old issues concerning agricultural subsidies and new issues about digital trade are resolved, it would benefit all players. However, Trump’s ‘America First’ agenda is very limited. He is sceptical of trade multilateralism. He looks for bilateral quid-pro-quo solutions. He feels, the WTO has failed in confronting abuses by China and others. His agenda is clearly very different from stalled Doha Development Agenda.

Despite all its weaknesses, the WTO has helped reducing trade barriers and created a mechanism of dispute resolution. The US has not only helped in creating the system but also played a key role in monitoring it. So, if the world’s biggest economy moves out of the WTO, it will be a big blow to the global economy.

If the US leaves, there are at least two broad possible scenarios. In the worst case scenario, competitive trade measures from all major players leads to collapse of the system and the world goes back to a pre GATT/WTO system. Three major trading powers the US, the European Union (EU) and China will try to sign more and more bilateral trading deals. In a chaotic situation, smaller nations will have to make asymmetric deals with bigger trading powers.

In the second scenario, even after US withdrawal most countries continue to be part of the system. The EU, China and many developing countries strongly feel that the system has benefitted them. This scenario, however, will have huge geopolitical implications. With the global power system already in transition, the world trade leadership will also be effectively taken over by other countries, notably China.

With the WTO system facing uncertainties, India should accelerate its efforts for bilateral trade negotiations with major trading partners. Whether the US exits or not, no major breakthrough at the WTO is expected any way.

The government can seriously re-start negotiations with the EU, frozen since 2013. As large part of our trade is now with Asia, Regional Comprehensive Economic Partnership (RCEP) should also be taken more seriously. Instead of surrendering to sectorial lobbies, policy-makers need to take long-term strategic view of trade negotiations.