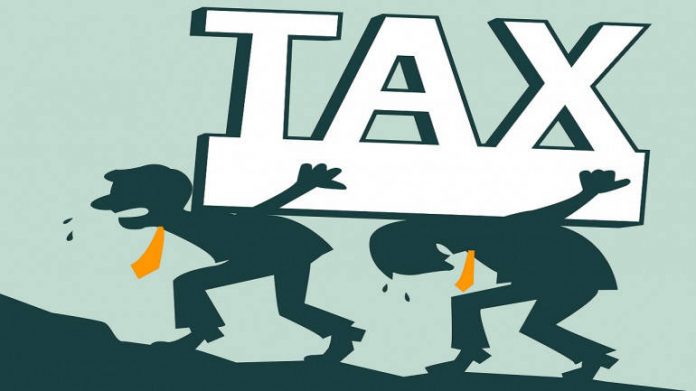 What prompts a revenue official to go overboard in his/her drive to assess taxpayers? The main culprit seems to be the government’s need to fill up its coffers.

The unfortunate death of Cafe Coffee Day founder V G Siddhartha last month has left an unlikely sufferer — the income tax department. Besides triggering concern about corporate governance in the country, Siddhartha’s demise has suddenly brought to focus the well-worn topic of tax terrorism. This is because Siddhartha is believed to have left behind a suicide note where he has cited harassment by tax authorities for his drastic decision.

While the authenticity of the note and its content are matters of police investigation, the income tax department has come under fire over charges of tax harassment. Corporate India has been quite vocal in criticism and the general feeling is that overzealous tax officials are responsible for many of taxpayers’ problems.

The government is well aware of the public sentiment and no other than Prime Minister Narendra Modi himself is spearheading the damage-control exercise. In a recent interview to Economic Times, the Prime Minister had said: “However, it is a fact that some black sheep in the tax administration may have misused their powers and harassed tax payers, either by targeting honest assesses or by taking excessive action for minor or procedural violations…I have also instructed the revenue secretary to come up with measures to ensure that honest taxpayers are not harassed and those who commit minor or procedural violations are not subjected to disproportionate or excessive action.”

To start with, the government has decided to activate the post of member (taxpayer services) in both the Central Board of Indirect Taxes and Customs and the Central Board of Direct Taxes. According to Modi, very senior officers will be selected for these posts and “they will be responsible for improving taxpayer services and will keep a watch on grievance redressal”.

In line with the Prime Minister’s assurance of providing a taxpayer-friendly administration, finance minister Nirmala Sitharaman has decided to criss-cross the country to assess the opinion of tax officials at all levels as well as local businessmen and individuals. In her first such meeting in Ahmedabad last week, the finance minister had said the role of tax administrators is quite delicate. “A mindset change is needed to cater to an informed citizenry,” she had said.

Sitharaman had also underscored the use of technology to improve the functioning of the tax department and the taxpayer interface in the context of faceless assessment.

The Central Board of Direct Taxes has made the presence of an identification number mandatory for any kind of communication with a taxpayer, which will need to be uploaded on the system. The move, according to the department, is aimed at boosting transparency and accountability.

Going by the latest media reports, the government is also planning to provide income tax return forms with pre-filled data on investments so that taxpayers won’t have to take the pain of filling in details of dividend from mutual funds, gain or loss on equity transactions or interest income. It is learnt that the revenue department under the finance ministry has already initiated discussion with the Securities and Exchange Board of India — the capital market regulator — in this regard.

While the government’s intent to make life easy for taxpayers deserves praise, the litmus test will be the translation of the intent into action. It is easy to put the blame on some officials for tax harassment but the deeper question is what triggers such irrational behaviour. What prompts a revenue official to go overboard in his/her drive to assess taxpayers? The main culprit seems to be the government’s need to fill up its coffers. According to experts, the unending appetite for revenue often prompts the government to set tax collection targets that are difficult to achieve. This, in many cases, leads to tax officials to take “excessive action” to meet the target. Otherwise, tax officials may themselves be subject to harassment for letting go an opportunity to garner revenues. In order to be fair to the revenue officials, the government needs to set tax targets that are in sync with the economic performance of the country. A slowing economy can hardly justify an ambitious tax target.

To add to the woes, there is also a feeling that our tax laws and circulars are draconian and getting worse by the day. Officials are merely enforcing them. For an ordinary taxpayer the opacity of tax laws is quite intimidating.

In order to earn the trust of citizens, the government needs to take policy initiatives to make tax laws transparent and the administration clean. Borrowing from Sitharaman’s last week’s comments it would perhaps be not too out of place to say that “a mindset change is needed” not only on the part of revenue officials but also on the part of the government to restore the faith of the common man in the country’s tax administration.