Home News Living on the edge in India’s coastlines 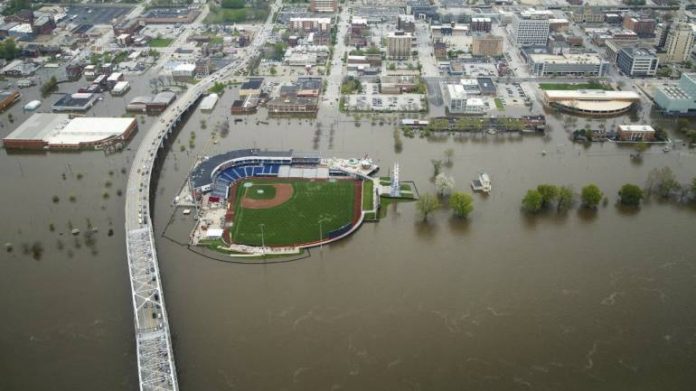 The main interstate approach roads through the Western Ghats (as well as Konkan Railway) were shut down by landslides, and many of the new haphazardly built roadways flooded precipitously.

On August 6, all nine rivers of India’s smallest state spilled their banks and spread fast into paddy fields, then flooded right into villages and towns. Incessant, pounding rain and shearing winds collapsed electricity poles and satellite towers. The main interstate approach roads through the Western Ghats (as well as Konkan Railway) were shut down by landslides, and many of the new haphazardly built roadways flooded precipitously. The gleaming Atal Setu bridge, opened in January with much fanfare by late chief minister Manohar Parrikar was plunged into darkness, inaccessible due to several feet of water pooled at one end. Goa reeled, submerged.

That is when social media came alive with reminders of the similarly devastating floods in Kerala precisely one year ago. At that time, ecologist Madhav Gadgil (who headed the Western Ghats Ecology Expert Panel of the ministry of environment and forests) warned the Goan media: “Goa will be next. I am sure there will be all kinds of problems there because the greed for enormous profits has been allowed to go on unchecked.”

Gadgil believed Kerala’s plight could have been mitigated if his panel’s recommendations to drastically curb “developmental activities” in the Western Ghats were followed.

When I reached him at home in Pune, Gadgil told me the same is true of Goa. “I think it is unpardonable that huge infrastructure projects have been rammed through with such dubious assessment reports, both in terms of biodiversity and hydrology. Very bad environmental management pandering to moneyed interests is taking us toward disasters all over the country,” he said.

As the PIL had stated, “the planning authority violated its planning brief, to solicit and entertain vested interests demands for land use changes contrary to public interest and objectives, and spatial planning norms…If the changes are allowed to prevail, the original character, identity and functioning would deteriorate beyond recognition and the city and its services would eventually collapse.”

Ribeiro watched last week’s devastating floods—when parts of Panjim were inundated waist-deep—from his home in Porvorim, just across the Mandovi river. Over the telephone, he told me “up to now, the monsoon with its manageable swings between fat and lean wet years, has beneficially contributed to the regulated built environment of the state in a way that is sustainable and socially binding with nature. But now the environment is under severe duress. At this point, we can clearly see that Panjim’s geomorphology along the Mandovi river, with its flow subject to tidal actions, cannot take further built space and hard surfaces at ground, outside the constraints of nature.”

It’s true the 2019 rains have been exceptionally heavy. Traditionally, a good Goan monsoon consists of 110-120 inches of rainfall over the course of four months from June to September. But this year most of the state topped 100 inches by the second week of August. Still, Ribeiro insists “damage could have been greatly reduced if the regulated built space and related norms were not subverted so frequently.” He told me with great force, “Climatic change is a failure of the global community, because they have not taken action, and India will end up suffering because of bad decisions taken in other faraway countries. But within India, our penchant for development outside the context of the sustainability of land is a failure of the central and the state government. No one else can be blamed.”

Considering the sustained eruption of extreme weather events across the subcontinent, all directly linked to anthropogenic climate change (caused by human activity, rather than resulting from Earth’s natural processes), it’s beyond baffling the issue barely registers in the public consciousness. N. Ravindranath of the Indian Institute of Science (IISc), who is responsible for the first national study on climate change impact, says “we are not talking about the next 100 years, but the next 15-20 years timescale”.

Yet, even as parts of the country drown, while others bake inhospitably, and millions of citizens are forced to abandon their homes, the compelling realities of climate change were almost entirely absent in the recent election cycle. In low-lying, highly vulnerable Panjim, where four candidates sought to replace Manohar Parrikar, the only one who mentioned it—dogged, earnest Valmiki Naik of Aam Aadmi Party—finished a distant third.

All this points back to what the eminent novelist Amitav Ghosh wrote about in his 2016 The Great Derangement: Climate Change and the Unthinkable, “the age of global warming defies both literary fiction and contemporary common sense”. Ghosh has a home close to the Mandovi backwaters, and knows the area well. He told me, “The blind spot is not restricted to Goa. Climate change wasn’t a major factor in electoral politics anywhere in the world until very recently, and then too only in a few countries like Germany. In Australia, where people have been feeling the impacts of climate change very directly, it was thought that Labor might win by foregrounding climate issues. But instead they lost. Our blindness and derangement about climate change go very deep, and not just in India.”

Even then, given everything that we know about rising ocean levels, it’s hard to think of a more misguided decision than the Coastal Regulation Zone Notification 2018, when Prime Minister Narendra Modi’s cabinet massively diluted the only legal protection system for India’s six-thousand-kilometre shorelines.

Ghosh agrees, “This is a perfect example of the kind of derangement that I have described in my book: instead of instilling caution, the prospect of looming danger inspires utter, life-threatening recklessness.”

When it comes to Goa, “one only has to walk along a beach to see how vulnerable the coastal stretch has become, with so many new unauthorized constructions. The people who own these structures, and Goans generally, are going to pay a steep price for this kind of ‘development’. It’s going to be a disaster.”

Like Ribeiro, Ghosh differentiates between planetary trends, and abysmal regional choices making things worse. He told me, “Over the last few years we have seen what happens in places (Chennai, Mumbai, Houston) where people build without taking the terrain’s natural drainage systems into account. In Goa the huge building boom of the last few years has occurred largely on sites which people had once avoided, knowing that they were flood- and accident-prone. All those luxurious new complexes on once-wooded slopes and hilltops—will they be able to withstand the landslides that are likely to be set off by the phenomenal ‘rain bomb’ events of this new era? Are they reinforced to withstand cyclones? What we are seeing is the creation of a perfect storm, in which human interventions will hugely magnify the impacts of climate change. The recent floods are a warning.”

That was signal enough to reach out to Dr. Helga do Rosario Gomes, the Goa-born-and-raised biological oceanographer who works on climate aspects at Columbia University’s Lamont-Doherty Earth Observatory. She wrote back, “Our studies show that climate change is already changing the biodiversity of the Arabian Sea. A warmer sea means a more stratified sea which means less nutrients for the planktonic organisms that support our rich fisheries. This could easily short circuit our food chain. Next we have the problem of rising sea level from the expansion of warmer waters which could slowly swallow our coastline and devastate our communities. It is the responsibility of the people to learn and understand what is in store for them because only a learned population can demand responses from their governments, and hold them accountable.”

Gomes referred me to Adam Sobel, her Columbia colleague who directs the university’s Initiative on Extreme Weather and Climate (encouraged by Amitav Ghosh, he has co-authored a paper on tropical cyclone hazards to Mumbai which was published last month). Via email from Costa Rica, where he is conducting field research, Sobel told me, “I think it’s useful to keep in mind that there are at least three aspects of climate change that are important here: sea level rise; increases in extreme precipitation events; increases in the risk of tropical cyclones. Goa is potentially vulnerable to all three, and should consider all three as it plans for the future.”

He added, “I don’t really know what people can do for themselves, other than move away from the immediate coastline if they live there. I think the best actions are collective. In some places building coastal defences might make sense. In other places it might, eventually, be prudent for governments and citizens to think about ‘managed retreat’ from some areas (though almost nowhere in the world that is yet happening seriously). Natural defences like mangroves should be preserved and even expanded if that is possible. And in the short term, emergency management procedures (e.g., for evacuations and so on) should be developed or improved to deal with extreme events.”