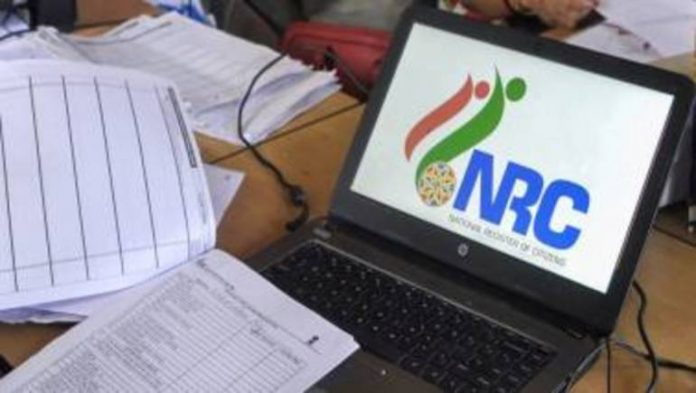 The Supreme Court, which is monitoring the NRC process, has mandated publication of the final register on August 31

Assam Chief Minister Sarbananda Sonowal has indicated that the government could explore legislative options to deal with the wrongful inclusion of some names after publication of the final National Register of Citizens (NRC) on August 31.

The Supreme Court of India, which is monitoring the NRC process, has mandated publication of the final register on August 31.

“In a democracy, everyone has the right to ask questions. After the publication of NRC, if necessary in future, we will take whatever steps will be required,” Sonowal added.

Sonowal said that Assam government will ensure peaceful publication of the NRC on August 31 as mandated by the Supreme Court.

Sonowal’s comments came after he met Union Home Minister Amit Shah in New Delhi. According to the report, the two discussed measures required to handle the law and order situation in the north-eastern state following the publication of the final NRC.

The Indian Express quoted Sonowal as saying that people had remained calm when the draft NRC was published and that people would again “maintain calm”.

The Centre has assured “full support”, Sonowal said. “All our requirement for (security) forces would be fulfilled, we have been told,” he added.

In July, the government of Assam and the Centre sought the apex court’s permission to re-verify 20 percent of the names included in the final draft in the districts bordering Bangladesh and 10 percent in other areas. Over 41 lakh people were excluded from the previous NRC draft.

Outfits concerned that Hindus may get excluded

According to a report in The Times of India, thousands of people continue to face uncertainty over whether they will make it to the final NRC. Thus, organisations aligned with the Sangh Parivar have stepped up their campaign against NRC’s publication.

On August 19, Akhil Bharatiya Vidyarthi Parishad (ABVP) activists held a protest outside the NRC coordinator’s office in state capital Guwahati. They were demanding re-verification of each application before the final roll was published.

Days earlier, the Hindu Jagran Manch staged demonstrations in 22 districts of Assam demanding postponement of the final NRC publication due to the fear of many Hindus being possibly getting excluded.

In July 2018, over 40 lakh people were excluded from the NRC draft. The draft contained names of 2.8 crore eligible people out of a total 3.29 applicants.

An additional 1.02 lakh people were included in July in the list of excluded persons, taking the total ineligible persons to 41.1 lakh in the complete draft of the document, a list of the Assam’s residents.

Assam, which has faced an influx of people from Bangladesh since the early 20th century, is the only state having an NRC that was first prepared in 1951.