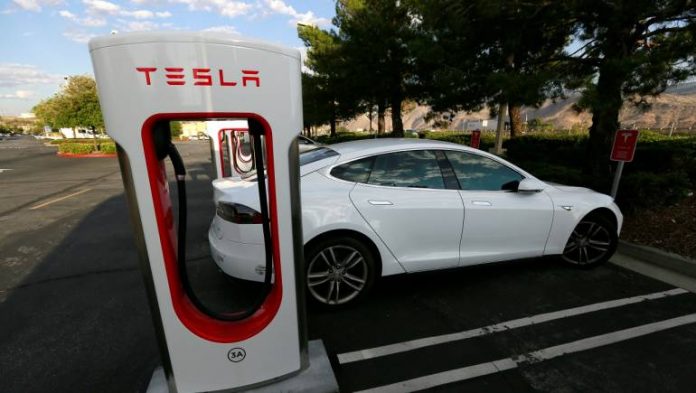 The robust global interest comes amid the government’s push to make India a hub for making EVs and their components
– India will need six gigawatt-scale facilities (of 10 GW hour each) by 2025 and 12 by 2030, according to a NITI estimate

Tesla and China’s Contemporary Amperex Technology Co (CATL) are among the companies that have shown an initial interest in the Indian government’s plan to build large factories to make lithium-ion batteries at an investment of about Rs 50,000 crore.

Among the other firms that have shown an interest in the mega project is China’s BYD Co, said two government officials aware of the matter, requesting anonymity.

The robust global interest comes amid a strong push by the government to make India a global manufacturing hub for electric vehicles and their components. This is aimed at arresting the South Asian country’s reputation as the world’s third-largest crude oil importer, saving on precious foreign exchange and also controlling pollution in its major cities.

“This is a multibillion dollar opportunity. The EFC (expenditure finance committee) meeting has been done. It will now come up in the Cabinet,” said the first government official cited above.

Aimed at securing India’s energy needs, the plan to set up these 50-gigawatt hour (GWh) factories have been cleared by EFC, with the final tender expected to be awarded by February. Each gigawatt-hour (1,000-megawatt-hours) of battery capacity can power one million homes for an hour and around 30,000 electric cars.

The move to build the giga plants is helmed by federal policy think tank NITI Aayog and looks to achieve what Tesla has done at its Gigafactory in Nevada, US.

The programme also aims to be technology-agnostic, meaning it will be left to the market to determine, which technology is best suited for the country, depending on demand and price.

“We are expecting all cabinet clearances by September. Post that, the international tender will be floated. The EFC clearance has come. The evaluation won’t take much time. The minimum ceiling for bidding is 5GWh, with the maximum allowed quantum of 20GWh,” said the second government official cited earlier.

According to a conservative scenario envisaged by NITI Aayog, India will need six such gigawatt-scale facilities (of 10GWh each) by 2025 and 12 by 2030. While this doesn’t include the export market potential, the base scenario envisions 11 such giga factories by 2025 and 24 by 2030.

“Large batteries should be brought to the clean energy play to help use infirm power such as wind and solar. We first need it on a large scale to cater to internal demand. All the top global manufacturers, including Tesla, have evinced interest. We will get more clarity once the tender documents are bought,” said the second official.

Besides electric vehicles, such battery storages will cater to electricity grids, given the intermittent nature of electricity from clean energy sources such as solar and wind. India has become one of the top renewable energy producers globally with an installed renewable energy capacity of about 80 gigawatts (GW), with plans to achieve 175GW by 2022 and 500GW by 2030, as part of its climate commitments.

Queries emailed to the spokespeople of NITI Aayog, Tesla, BYD and CATL on August 16 remained unanswered.

“Wherever such factories have come up, they have come up with the government’s support. The focus of the tender is that it should be made in India and value addition has to be captured here,” said the second official.