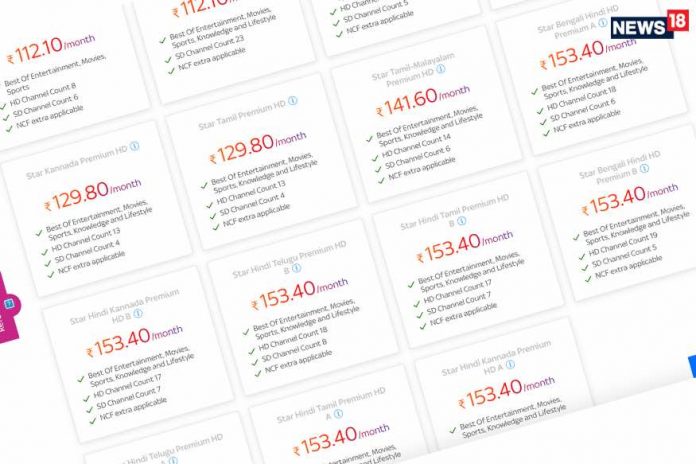 A few months after the Telecom Regulatory Authority of India (TRAI) mandated the New Tariff Order (NTO) for cable TV and direct to home (DTH) operators in India as part of the New Regulatory Framework, it is safe to say that the rollout has been far from smooth. The complete overhaul of channel packages and pricing structure for consumers, the introduction of the network capacity fee (NCF) component as well as the pricing at the broadcasters’ end were just a few elements of this rather extensive change. Now, the TRAI has released a Consultation paper on Tariff related issues for Broadcasting and Cable services—but will this make your TV subscription any more affordable? Here is what the consultation paper says, and this is what it means.

In its official communication, TRAI states that “Analysis reveals that while new regulatory framework has brought the transparency in TV channel pricing, harmonized business processes in the sector, reduced disputes among stakeholders.” It is true that the individual pricing of TV channels is now clearer than it ever was, be it for the broadcasters, the cable and DTH companies as well as consumers. TRAI goes on to say that “However, adequate choice to select TV channels has not been given to the consumers.” This may be true as well, since post the implementation of the New Regulatory Framework, there have been extensive complains streaming in particularly on social media that cable operators in particular have not been exactly forthcoming about the new channel pricing and selection options in many parts of India.

Also Read | TRAI’s New Rules For Cable & DTH: Ahead of the Feb 1 Deadline, Everything You Need to Know

“TRAI has observed that too many bouquets are formed by the broadcasters/Distributors and many of them contain very similar set of channels, with very few changes,” is one of the observations in the consultation paper. This is absolutely true. For instance, Zee has 68 channel packages available for cable TV and DTH subscribers, across different languages. Star has 67. It becomes incredibly confusing for subscribers to notice the fine differences between these packs and choose the correct one.

Then the TRAI touches on the point of the apparent discounts being offered by broadcasters on bouquets that include multiple channels as compared with ala-care or individual channels and their pricing. “It has been observed from the tariff declared by the broadcasters under new regulatory framework that broadcasters are offering bouquets at a discount of up to 70% of the sum of a-la-carte rates of pay channels constituting those bouquets,” says TRAI. It just seems unnecessary to target the bouquet pricing and the discounts. Bundling has always afforded a better rate for those who are looking to buy more—in this case, more channels. It is true for almost any industry. Be it buying vegetables or buying clothes or buying a sofa set instead of individual sofas. Crude examples perhaps, but that is how it has always been. Let us not forget that TRAI has already capped the pricing of the ala-carte or individual channels as well, so it is not to say that those are exorbitantly priced—they are all priced within the guidelines as set by TRAI. Be it Tata Sky, Airtel Digital TV, Dish TV, D2h or your local cable operator, the ala-carte channel pricing is capped. TRAI has already capped the pricing, for broadcasters, for each standard definition (SD) and high definition (HD) channel at Rs19, before taxes.

Also Read | TRAI Expects Channel Prices to Reduce, as it Refutes Report Which Confirms Cable And DTH Bills Have Gone up

“It indicates that in absence of any restriction on the discount on the offering of bouquets, broadcasters are making prices of a-la-carte channels illusory thereby impacting the a-la-carte choice of channels by consumers,” continues TRAI. This is perhaps not exactly how things may have panned out in the subscription charts of subscribers. Those who watch select channels, will anyway be able to handpick their requirement. But those who watch more channels could be further penalized for subscribing to more channels, if there is some new rule capping the discounts.

But most subscribers will surely agree when TRAI says “This was also intended to check pushing of those channels that are not the original choice of the subscribers.” Yes, bouquets do also include channels that you may not necessarily want. If it was a simpler time, you would let it be and not bother. But now, every channel you subscribe to counts towards the Network Capacity Fee, which is an added cost you pay.

Most subscribers would hope that the prices of channel bouquets doesn’t increase as well if a new rule capping the discounts is implemented. Instead, maybe the pricing of ala-carte channels can be capped at a lower price, thereby reducing the difference between that and the combined bouquet costs.

Speaking of which. There has already been an additional burden on the TV subscription bill with the Network Capacity Fees component. Irrespective of whatever channels you pick, you must pay this. It is Rs 130 plus taxes for up to 100 channels, and then pay Rs 20 plus taxes for up to 25 channel bundle each. This fee is over and above the price of the channels and bouquets that you pay.

It will be interesting to see whether the TRAI consultations tackle issues such as NCF driving up the monthly bill, whether multi-TV connections need to pay NCF for each additional connection and whether we will see the return of long term plans which offered some relief for consumers in terms of discounts and convenience. TRAI is accepting comments and feedback on the consultation paper till September 16.