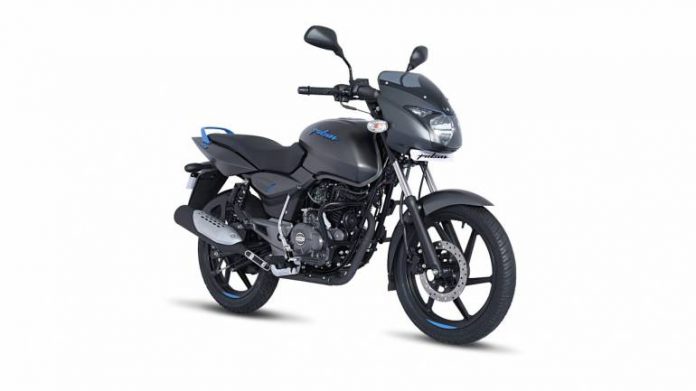 Bajaj Auto has launched and phased out more brands than any other two-wheeler company in India. The trial and error method, facilitated with a very high degree of localisation, has allowed the company to push out new models into the market faster than any of its competitions. Sometimes the strategy has worked and, at other times, failed miserably. Today in the weekly wrap, we will talk about the launch of the Pulsar 125 and its challenges. But, first, here is a look at all the major headlines in the automotive space this week.

Over 3,000 temporary employees have lost jobs with the country’s largest carmaker Maruti Suzuki India(MSI) due to the ongoing slump in the automobile industry, a top company executive said.

MSI Chairman R C Bhargava said contracts of the temporary workers were not renewed due to the slowdown while he asserted that permanent workers had not been impacted.

Its Indian subsidiary, which has lined up investments of Rs 7,900 crore towards new product development, is overhauling its retail set up – especially those targeted at non-metro buyers.

Even as the DHI sanctioned only 37 percent, or 5,595 electric buses, from the entire lot of proposals received, it approved only 22 proposals from states and Union Territories and rejected four. Smart cities have been granted priority on such buses.

The loss-making Indian entity of Nissan Motor Co may be on the list of countries where the Japanese giant will scale down operations by shuttering at least one production line.

A top Nissan official, who laid out the auto major’s global production plans for the next three years, said countries that were part of the “Nissan Power 88” strategic plan would see their operations downsized.

Declining for the ninth consecutive month, domestic passenger vehicle (PV) sales dropped 30.98 percent to 2,00,790 units in July from 2,90,931 units in the same period a year ago.

Bajaj Auto has equipped the new Pulsar with a 125cc DTS-I engine which makes 12 PS of maximum power and 11 Nm of peak torque. The engine is mated to a 5-speed manual gearbox with a primary kick. This enables the rider to start the bike in any gear by depressing the clutch.

But at Rs 64,000 (drum brake version, ex-showroom) the Pulsar Neon is the costliest bike with a 125cc engine on sale in India. The segment best-seller Honda Shine is priced just under Rs 61,000 and, without doubt, Bajaj has pitted the new bike directly against Honda, which is one of the Japanese player’s best-selling products.

The segment sees a monthly volume of 160,000-170,000 units. While the Honda Shine clocks around 95,000-100,000 units a month, a distant second is the Hero Super Splendor with volumes of around 65,000-70,000 units. Yamaha is the only other competitor in the category with the Saluto. TVS Motor Company, the country’s fourth largest two-wheeler company does not have a 125cc bike.

This is the fourth attempt by Bajaj Auto to crack the 125cc segment. Prior to this the Pune-based company experimented with the Platina 125, Discover 125 and the V 125. Earlier models included the Discover 125M, Wind 125 and XCD 125. Except for the Discover 125, all the other models had to be discontinued due to poor demand.

Despite the ups and downs with every brand that Bajaj Auto created, only the Pulsar brand has remained rock solid for it. Created in 2001, the Pulsar churned out more volumes than any competitor’s 150cc and more profits than any of Bajaj’s own two-wheeler products. Since its birth as a 150cc bike, the Pulsar even graduated to a 220cc engine over time to cater to buyer sentiments.

The Pulsar was always known for its rough, stylish and urban image built for buyers who were not perturbed by “kilometres per litre”. This made the model achieve an aspirational status. Such has been the robust brand recall that as many as 14 models have been launched by Bajaj, riding on the Pulsar brand over the years.

But, the buyer loyalty was put to test when it launched the 135cc version of the bike in 2009. This was the first time that the Pulsar was seen with an engine that was below 150cc. Buyers rejected the model which featured a design and styling that was similar to a street bike in Europe. Bajaj Auto had to eventually withdraw the Pulsar 135 from the market in 2018.

The launch of the Pulsar 125 is yet another roll of the dice by Bajaj and this time it is riding on Bajaj’s most trusted brand. There has been one too many variations of the Pulsar, but all were in the premium category where it competed against the TVS Apache, Honda Unicorn, Hero Karizma, Yamaha FZ and Suzuki Gixxer.

Will the consumer pay Rs 4,000 more for the Bajaj Pulsar 125 than the best-selling product in that category? Or, will brand Pulsar go the Discover way?