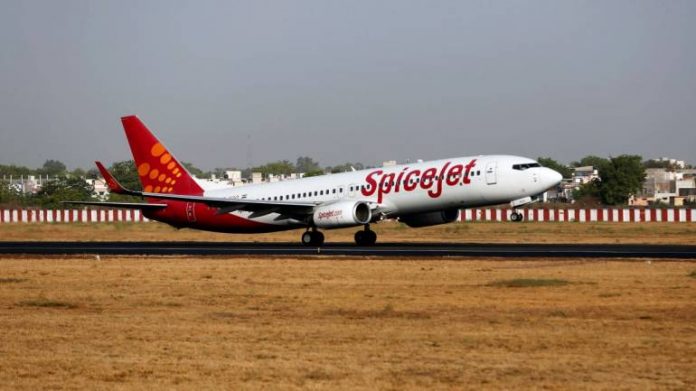 The research firm also raised its price target to Rs 130 from Rs 120 per share.

Shares of SpiceJet gained 2.6 percent intraday on August 16 after global brokerage house HSBC upgraded its rating on the stock to hold from reduce.

The research firm also raised its price target to Rs 130 from Rs 120 per share, as it increased profit forecast for FY20, but cut it for the next financial year.

SpiceJet is among the biggest outperformers in the last one year, rising 61 percent on the back of higher ticket prices following the grounding of Jet Airways and subdued crude prices.

Brent crude futures, the international benchmark for oil prices, fell more than 21 percent to around $59 a barrel from its 2019 peak in April.

The Gurgaon-headquartered budget airline reported its highest-ever quarterly profit at Rs 262.9 crore in Q1FY20 against a loss of Rs 35.6 crore, driven by operational efficiencies and solid revenue growth year on year.

The profit was also boosted by other income of Rs 143.2 crore in Q1 (against Rs 32.89 crore), including Rs 114.1 crore towards reimbursements from Boeing against revenue loss incurred due to grounded Boeing 737 MAX aircraft.

“On the grounded Boeing 737 MAX aircraft, the company continues to incur various costs with respect to these aircraft and during this quarter ended June 2019 on account of its inability to undertake revenue operations, the company has recognised Rs 114.1 crore towards aircraft and supplemental lease rentals as other income,” the company said.