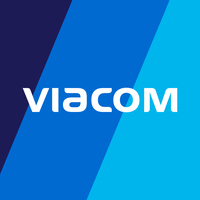 CBS Corp and Viacom Inc have reached a deal to reunite media mogul Sumner Redstone’s US entertainment empire, betting that a larger company will be able to compete and partner better in a media industry dominated by giants.

The merger will combine the CBS television network, CBS News, Showtime cable networks with MTV Networks, Nickelodeon, Comedy Central and the Paramount movie studios. Together, they will own more than 140,000 TV episodes and 3,600 film titles. Annually, it is estimated to generate about $28 billion in revenue.

It creates a company with roughly a $30 billion market value, which is still small compared with rivals including Netflix Inc, at $136 billion, ABC network owner Walt Disney Co, at $245 billion, and NBC owner Comcast Corp at $193 billion.

The merging companies are controlled by National Amusements Inc, the holding company owned by billionaire Sumner Redstone and his daughter, Shari.

“My father once said ‘content is king,’ and never has that been more true than today,” Shari Redstone said in a statement.

The third attempt at a merger since 2016 is a decisive win for Shari Redstone, whose father built the companies through a series of mergers and then broke them apart 13 years ago.

Previous merger talks had failed because of clashes between executives over divvying up top jobs and the companies’ relative valuation.

The recombination comes amid an increasingly competitive media landscape dominated by Disney and Netflix, prompting Redstone to pursue a merger.

Viacom Chief Executive Bob Bakish will be the president and CEO of the combined company. Joe Ianniello, interim CEO of CBS, will be named chairman and CEO of CBS, which will exclude the Showtime cable network and book publisher Simon & Schuster.

Joe Ianniello will report to Bakish. Bob Bakish cannot fire Ianniello unless the ViacomCBS board approves.

Bakish in an interview said that he will compete with Netflix, Disney and AT&T for subscribers and also create and sell TV shows and movies to other companies, an operation that will grow thanks to the new deal.

“This is not a put-your-eggs-in-one-basket story,” Bakish said. “They all work together.”

ViacomCBS can lure customers with free offerings from a service like PlutoTV, which it bought in January, then convince them to pay for a subscription service in another part of the empire like CBS All Access, Bakish said.

Viacom shareholders will receive 0.59625 CBS shares for each share they own, representing a slight premium to Viacom’s closing price on Monday.

The companies said they expected about $500 million in annual cost savings.

LionTree Advisors LLC and Morgan Stanley & Co served as financial advisers and Cravath, Swaine & Moore LLP as legal counsel to the special committee to the Viacom board.