Home Economy Policy | India’s love for gold is monumental. This fix can help 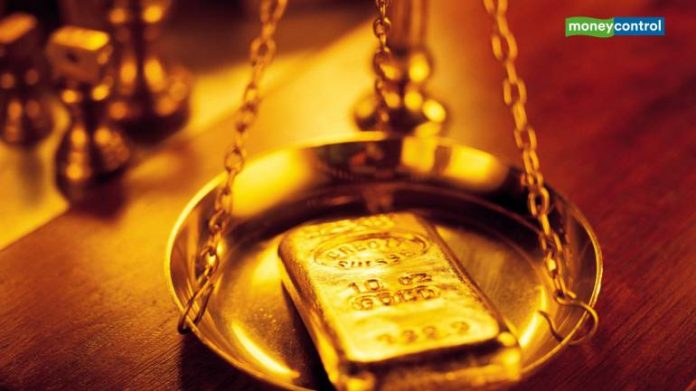 A capital gains exemption scheme for gold holdings on the lines of Section 54EC of the Income-tax Act could help.

India is sitting on an enormous quantity of gold estimated at nearly 25,000 tonnes worth $1,135 billion. That constitutes a mind-boggling 40 percent of the nation’s gross domestic product (GDP).

Already at a record high of Rs 38,000 per 10 grams, gold could well test the Rs 40,000 mark, say analysts, given the looming and worsening trade tensions between the US and China.  Naturally, some people are selling their jewellery hitherto considered as an emergency or episodic measure like for higher education, wedding or purchase of house. But the government needs to pull out all the stops to encourage people to sell even during normal times when no alarm bells are ringing in their families.

Gold is the only investment known to Indian rural households by and large. It is also the darling of crooks as it serves as an excellent parking space for black money. Housewives, too, love jewels so much so that India has the distinction of being the largest consumer of gold while ranking 11th when it comes to official reserves with a meagre 607 tonnes in RBI’s possession. The US with a staggering 8,134 tonnes tops the charts with its mystical Fort Knox holdings being the stuff of the legends.

Small wonder then, India spends a humongous amount on import of the yellow metal with domestic mines virtually closed with further extraction not making any financial sense. At $32.8 billion, gold imports during 2018-19 might have been 3 percent lower than 2017-18, but nevertheless features in the list of profligate imports, given the fact that the nation is flush with yellow metal kept in dingy lofts and bank lockers.

The Gold Monetisation Scheme 2015 (GMS) has been a miserable flop despite a hike in interest rate vis-à-vis its predecessor, the Gold Deposit Scheme of 1999.  It has been able to net only15 tonnes of gold – reasons for disenchantment with the scheme are the intense dislike for the jewellery being sent to smelters, tax enquiry and so on.

The government’s thinking was that GMS would result in recycling of gold within the country, obviating the need for imports. But that was not to be. To be sure, temples and shrines, with guesstimated gold holdings of 4,000 tonnes, are repositories of a substantial chunk of gold in India, but they too have not fallen over themselves to deposit under GMS in a big way.

It is time for the government to go for the broke and announce a capital gains exemption scheme on the lines of Section 54EC of the Income-tax Act, 1961, pursuant to which long-term capital gains from any source is exempt from tax provided they are invested in specified bonds like NHAI or REC bonds within six months of the earnings. The lock-in period for such bonds is 5 years and the interest is 5.75 percent per annum. A similar scheme suitably tweaked for gold can be introduced.

Select banks, including SBI with its phenomenal rural reach, can be roped in for this purpose. They must operate a scheme pursuant to which anyone selling gold or jewellery would have to simultaneously park at least 50 percent of the proceeds under as fixed deposit scheme with a lock-in period of 5 years in return for a complete reprieve from capital gains tax, if not a reprieve from enquiry by the income tax department as to the source of the original investment.

Locked-in deposits can be used for nation building and the freed-up money — from the hitherto non-income earning gold — can be used by people as they please. Gold thus mobilised by banks should be auctioned in tranches with KYC compliance by bidders a must.  The reserve price must recognise the international prices, besides frustrating patronage of smuggled gold by large jewellers.

It would be win-win for both gold owners and the nation.