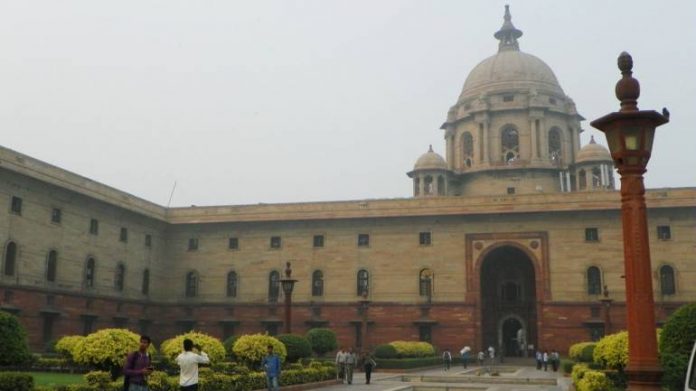 The government is unlikely to reveal details of its sovereign bond sale in the global market in a month’s time, despite making announcements to the same in Union Budget 2019-20 on July 5, The Financial Express reports .

As per the report, the previous plan of issuing bonds worth $10 billion in tranches as formulated by former Finance Secretary Subhash Chandra Garg may have been shelved. “The plan will now be finalised only after assessing every important detail and potential macro-economic impact,” the article quotes a source as saying.

There isn’t any surety on the size and tenure of overseas borrowing, the report said. This means it could either be an annual feature or occasional borrowing as per the government’s fund requirements.

The Centre is yet to take a call on various operational parameters like whether the borrowing will be done in one go or in parts to test the investor market, the source added.

In related news, The Reserve Bank of India (RBI) is unlikely to vote in favour of overseas sovereign bonds at its meeting on August 16 with the government, reports Business Standard.

Finance Minister Nirmala Sitharaman had announced its FY20 gross market borrowing at Rs 7.10 lakh crore, with around a tenth of it earlier expected to via the overseas sovereign bond issue.

Former RBI governor (1992-97) , C Rangarajan in an interview to CNBC had raised concerns on the rationality of sovereign debt in foreign currency.

With rising concerns, it will be imperative for the government to decide on a plan to hedge the risk, i.e. whether the borrowing will be done in one foreign currency or multiple currencies.

Moreover, any sharp depreciation in the rupee versus the currency borrowed in will potentially raise the cost of borrowing and could create a problem at the time of redemption.

The government is yet to assess what impact the move will have on the rupee, its fallout on the domestic bond market, and whether it may result in crowding out private sector borrowers, the report said.

As several operational aspects still need assessment, the government and RBI will remain engaged to gauge macro risks, the article quotes sources as saying, with announcements being made thereafter.

Earlier, Bloomberg reported that India could price the sovereign bond issue at a yield premium of 90-130 basis points (100 bps=1 percentage point) over the 10-year US treasury yield of two percent.