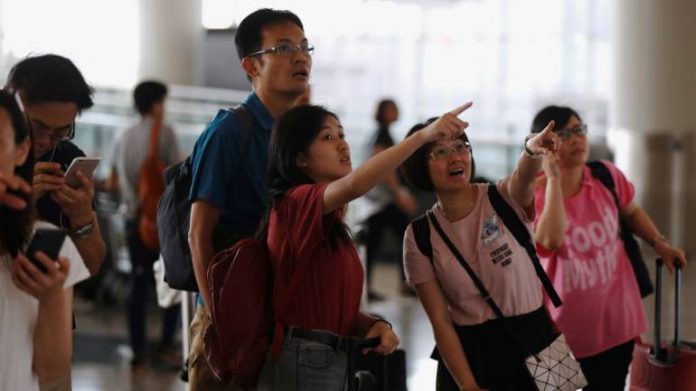 The airport, one of the world’s busiest, blamed demonstrators for halting flights on August 12

Hong Kong’s airport reopened on August 13 but its administrator warned that flight movements would still be affected, after China said widespread anti-government protests that halted flights a day earlier showed “sprouts of terrorism”.

The notice was published on the Hong Kong International Airport’s official mobile app at 6.00 am (2200 GMT Monday). The airport, one of the world’s busiest, blamed demonstrators for halting flights on August 12.

The exact trigger for the airport’s closure was not clear because protesters occupying the arrivals hall for the past five days have been peaceful. Most had left shortly after midnight, with about 50 protesters still there on August 13 morning.