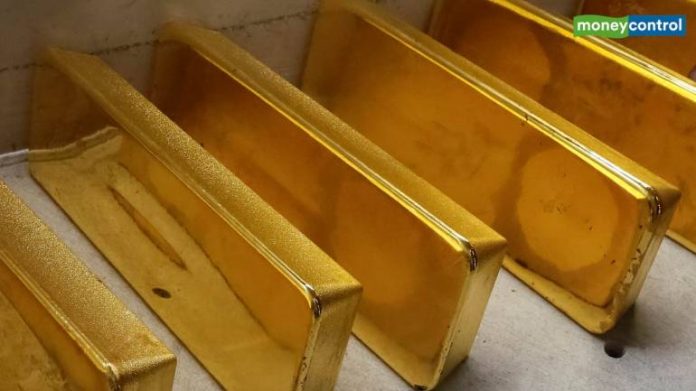 According to Angel Commodities, on Monday, spot gold prices ended higher by 0.96 percent to close at $1511.2 per ounce.

On Monday, Spot Gold prices ended higher by 0.96 percent to close at $1511.2 per ounce. The prolonged tension between U.S. & China doesn’t seem to ease off as U.S. President Donald Trump said last week that he was not ready to strike any deal with China and the round of talks to be held in September were doubtful. Rising tension between the biggest economies in the world boosted the appeal fort the safe haven asset. Moreover, the Hong Kong international airport which is one of the busiest cargo airports was shut down due to thousands of protestors in Hong Kong. Even a slump in the Argentina’s markets after the market-friendly President Mauricio Macri lost the Presidential primaries by a much wider-than-expected margin. Rising global worries might boost the demand for the bullion metal.

Escalating tension between U.S. & China amid rising tension around the globe might increase the demand for the safe haven asset, Gold. On the MCX, gold prices are expected to trade Higher today; international markets are trading higher by 0.61 percent at $1526.5 per ounce.