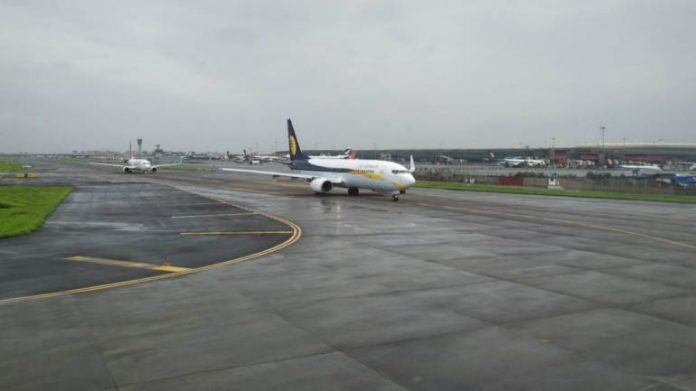 None of the two remaining suitors are known to have prior interest in aviation. A prospective list of bidders will be announced on August 13

Anil Agarwal’s U-turn on August 12, just two days after submitting an expression of interest (EoI), and the lack of clarity on remaining two suitors, have raised questions on the revival of Jet Airways.

The airline had suspended operations in April.

August 10 was the deadline to submit an EoI for the airline. Three suitors emerged. Volcan Investments, the family trust of Vedanta Chairman Anil Agarwal, was the only one to have confirmed interest. The other two names doing the rounds are Russian treasury fund RA Creator and Panama-based Avantulo Group.

As Moneycontrol had reported earlier, Etihad Airways and Hinduja Group didn’t show any interest. Etihad on August 12 said ‘unresolved issues’ were behind its decision.

Also, a Jet Airways’ employee consortium and AdiGro Aviation, which had expressed interest in bidding for the plan, hasn’t met the deadline.

The nature of the remaining two suitors — little is known about them, or their interest in aviation — has led to apprehensions on how the bidding process will eventually pan out.

“With no real interest from potential buyers in Jet Airways, the administrator may seek to fast track sale of individual assets to extract greater value or recovery for creditors. The outcome of the EoI process is a reflection of the complexity of processes under IBC and reluctance of known or major investors to enter this space,” said Manish Raniga, an aviation management consultant.

According to the statement by the resolution professional overseeing the insolvency process, a prospective list of prospective resolution applicants will be published on Tuesday, August 13. The final list will be out on August 21. The last date to submit resolution plans, or bids, is September 12.

The resolution professional expects submission of the final resolution plan for approval by September 21.

“The process is quite academic now. Anything beyond September 20 and there will be no airline to run. This will move to liquidation,” said a senior industry official.

Lenders, led by State Bank of India, will be disappointed with the response. They had chosen to opt for the insolvency route after the earlier bidding process saw only Etihad Airways and Hinduja Group envisaging interest.

But given the conditions put by the two suitors, the lenders chose to take Jet Airways to the National Company Law Tribunal (NCLT).

Jet Airways has a total liability of about Rs 25,000 crore, and this includes about Rs 8,000 crore due to banks.

The three new suitors may not evoke much confidence.

Volcan was flush with $500 million after its recent profitable exit from miner Anglo American. But now it is out of the race.

Similarly, the aviation interest of both RA Creator and Avantulo is unknown.

“Anil Agarwal seemed to be the best bidder, but now it is not clear how the deal will carry on,” said an executive.

Moneycontrol had written earlier about the increasing possibility of an asset-by-asset sale of Jet Airways.

Etihad Airways itself may look to sell the three slots at London’s Heathrow airport it owns through Jet Airways. “The company is hoping to sell three slots, each valued at $35 million. Additionally, it also holds a 50.1 percent stake in the Jet Privilege programme,” a senior executive said.

Jet Airways has 14 aircraft left. The lenders could choose to sell them to Indian airlines, including Vistara and SpiceJet, which have already leased some of its planes.