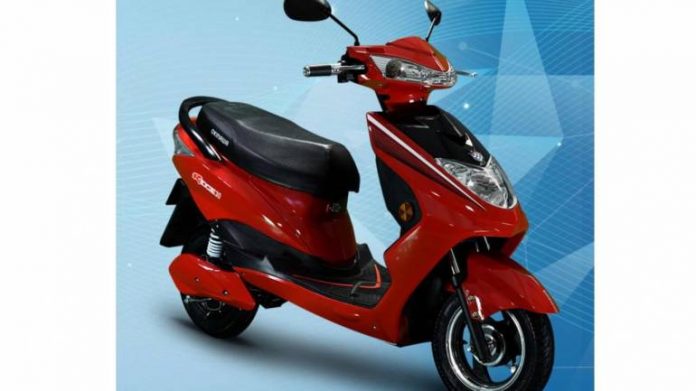 Given the nature of the business the automobile industry is operated behind an iron wall. A tightly knit community, which makes it nearly impossible for anybody new to enter the business, the industry is dominated by a handful of dictated mobility needs for decades.

But the foundation of the industry is getting a rude jolt with the thrust of e-mobility. New entities are formed overnight and the established ones are rushing to their R&D department to find solutions.

More on this later in the copy but here is a look at all the major news that made headlines during the week in the auto space:

The bike comes powered by a 249cc fuel-injected single-cylinder engine which makes 26.5 PS of maximum power and 22.6 Nm of peak torque. It is mated to a 6-speed manual gearbox. Suzuki has also equipped the motorcycle with dual-channel ABS as standard safety equipment.

Mahindra Automotive North America (MANA), a subsidiary of Mahindra & Mahindra, is looking to set up a plant in Michigan in the US and has signed a letter of intent with the RACER Trust, the Indian automaker has said.

The facility, likely to come up in Flint, will manufacture small delivery trucks, 180,000 units, for the United States Postal Service (USPS), if the contract comes through.

Kia records 23,000 pre-bookings for the Seltos

Mid-sized SUV Kia Seltos has over 23,000 pre-bookings as of now, a senior official of the Korean automaker said on August 8. The automaker rolled out the much-touted vehicle manufactured at its state-of-the-art facility in Anantapur, Andhra Pradesh.

The company further announced the commencement of mass production of Seltos in India after testing the vehicle in different climatic conditions and some of the most challenging terrains in India.

Vehicle manufacturers will not hold themselves back from cutting jobs if there is no immediate revival in demand, a top Mahindra & Mahindra (M&M) executive warned on August 6.

Several two and three-wheeler, car and SUV, truck and bus makers have been keeping their plants shut to avoid the unnecessary piling up of their stock since the past several months.

Mahindra to launch 5 EVs in India

SUV-specialist Mahindra & Mahindra (M&M) will launch at least half a dozen new electric vehicles in India over the next three years, a senior company official said on August 7.

These will range from compact sports utility vehicles (SUVs) to sedans to a mini truck and an all-new ground-up electric vehicle, which will be a first by the company after the takeover of Reva Electric.

In early 2018, a former employee of a popular Chinese smartphone brand in-charge of liaison activities quit his job to form a start-up with a partner. It focused on building electric vehicles (EVs) to make the best of the furious rush of the government to electrify mobility. A company was duly registered in Delhi.

Even before production could begin a multinational electric two-wheeler maker from China came knocking on the start-ups’ door to buy a controlling stake in the company.

Within six months not only was the start-up sold to the Chinese company, but the first products also made their way to the showrooms. The founder, who made a fortune selling his stake, was made the head of India operations after changing the company’s name.

All of this happened in the span of a year.

Sensing the opportunity, several EV start-ups have sprung up in the past year. Many of them have no experience of the automotive market. Yet, backed by a professional investor or a family friend, several entrepreneurs are putting their bets on the government’s vision of electric mobility.

Unlike the sophisticated machines of internal combustion type where accuracy is measured in nanoseconds and millimeters, EVs are much less cumbersome to make.

Given that the battery pack, the heart of an EV is imported, while the rest is the body shell. Tyres, signal lamps, headlamps, tail lamps, rearview mirrors, seats, instrument console, stand, brakes, handlebar and levers, suspension and switches largely remain the same.

Most of these parts are sourced by every two-wheeler manufacturer – EV maker or not – before assembling and mounting them onto the vehicle chassis.

Following the government’s clarion call to mandatorily switch all two-wheelers powered by an engine of less than 150cc to electric by 2025, the situation threatens to create a void which would be too big to filled by only the top four established two-wheeler players of India.

As there is no requirement to build EVs (at least the bare basics) as precisely as the internal combustion engine type vehicles, where there is the pressure of delivering on top-notch performance, it is a flat ground for everyone to begin on.

No frills, barebones, low-speed electric two-wheelers can be bought for under Rs 50,000 aided by incentives and other sops. This is much cheaper than an equivalent 100cc scooter for which the consumer has to pay Rs 78 per litre for petrol, compared to Rs 5 per unit of electricity used for charging an EV.

Several Chinese companies already have their foot in the door, either through a sourcing agreement or through a joint venture. More than a dozen homegrown entities have instead relied on their own product development expertise rather than seek help from outside of the country.

These start-ups are ready to battle it out with some of the biggest names in the industry such as Hero Motocorp, Bajaj Auto, Mahindra & Mahindra and TVS Motor Company.

On the electric canvas, nobody is the leader and everyone starts at zero.