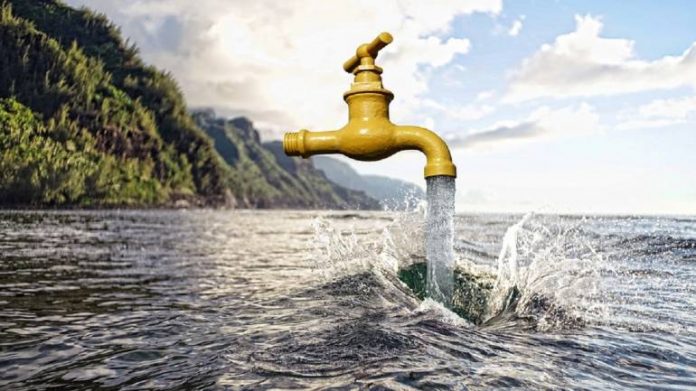 The report has also estimated that Mumbai will need 4,849MLD of water in 2021, above the total amount of water currently available at the source.

These figures were calculated by a committee of experts appointed by the Brihanmumbai Municipal Corporation (BMC) in 2016, which submitted its report — Towards Equitable and 24×7 Water Supply for Greater Mumbai — in December 2018. The report (yet to be made public) has also estimated that Mumbai will need 4,849MLD of water in 2021, above the total amount of water currently available at the source, which is 4,128MLD. The panel estimated that the population of 13 million citizens of Mumbai in 2015 will shoot up to 17.24 million in 2041.

According to the report, this increase in demand for water is mainly owing to the increasing population in the city and the projected improvement of the standard of living of its citizens.

The BMC plans to meet this demand by constructing new dams, more rainwater harvesting set-ups, recycling and re-use of water. The report recommends 21 other measures to augment water supply.

Ashok Tawadia, chief engineer, BMC’s hydraulic department, said, “The upcoming Gargai Dam project, the Pinjal Dam project, and the Damanganga- Pinjal river-linking project will add 2,891MLD to Mumbai. These projects are expected to be completed by 2028 and bring a lot of relief to Mumbai.”

“We have estimated that as the years progress, there will be an increase in industrialisation and commercial set-ups will use more water. The floating population will shoot up, along with the overall population. With this, the standard of living of the people will improve and we will need more water,” said Dr Eldho TI, professor of water resources, department head of civil engineering, in IIT-Bombay, who was part of the panel of experts.

After implementation of the report on equitable and 24X7 water supply, BMC will supply 240LPCD to planned residential development, 150LPCD to rehabilitated slums and 45LPCD to slums.

“It is going to prove difficult for the city to match its demand in 2041, if we continue to use our resources like we do now. Hence we need to augment water resources, harvest rainwater, and recycle existing water and reuse it,” said Dr Eldho TI.

The BMC has recently also floated tenders to appoint consultants to come up with a master plan for reusing wastewater treated at eight treatment plants in the city. Once the plants are ready by 2025 for tertiary treatment of wastewater, Mumbai will have 496.8MLD of treated waste water to use for non-potable purposes.

Moreover, municipal commissioner Praveen Pardeshi now directed the administration to ensure implementation of the rule that all new constructions need to be set up to harvest rainwater. It is now a mandatory clause for obtaining an occupation certificate. He also made it mandatory for buildings to set aside 10 to 25 percent of their total plot for open grounds, of which 50 percent should be an urban forest. This will help increase the groundwater resources of the city.