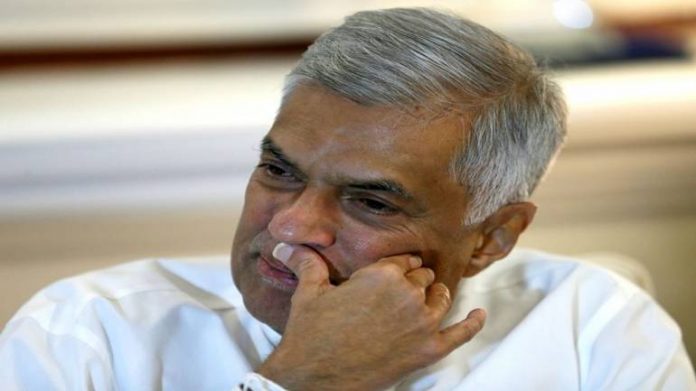 The prime minister made the remarks after his government on July 11 defeated the no-confidence motion that accused it of failing to prevent the Easter Sunday bombings despite receiving intelligence inputs from India.

Sri Lankan Prime Minister Ranil Wickremesinghe said that he would appear before the Parliamentary Select Committee probing the Easter Sunday attacks that claimed 258 lives and would provide all available information, according to a media report.

The prime minister made the remarks after his government on July 11 defeated the no-confidence motion that accused it of failing to prevent the Easter Sunday bombings despite receiving intelligence inputs from India.

The motion, moved by the Marxist Janatha Vimukthi Peramuna, was defeated by a vote of 119-92 after two days of debate.

Emphasising that his government will uncover the truth behind the attacks, Wickremesinghe, in a statement, said the committee has been set-up to probe the lapses in communicating intelligence warnings which were received prior to the tragedy, the Times Online reported.

He said that the government hopes to adopt new laws to curb global terrorism while looking forward to working with international intelligence agencies as well.

Rejecting claims that the country’s activities had been stalled since the terror attacks, he said that several projects concerning housing, economy and employment are going on, the report said.

Wickremesinghe said that steps have been taken to revive the tourist industry which had faced adverse impacts owing to the bombings.

Nine suicide bombers carried out a series of devastating blasts on April 21 that tore through three churches and three high-end hotels frequented by tourists in Sri Lanka’s deadliest terror attack since the devastating civil war with the Liberation Tigers of Tamil Eelam (LTTE) ended in 2009.
The Islamic State claimed the attacks, but the government blamed local Islamist extremist group National Thawheed Jamaath (NTJ) for the bombings which killed 258 people, including 11 Indians, and injured hundreds.