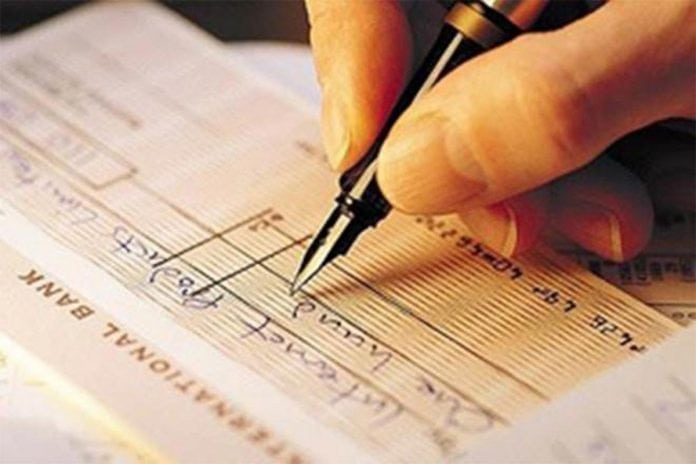 All of us are familiar with cheque. It’s not merely a piece of paper, but is recognised as an instrument of credibility in the banking system. Even as use of cheques with the advent of digital age has continuously been declining, this piece of paper still enjoys status of a reliable payment system for businesses as well as consumers worldwide. The way it has survived in the modern banking system makes us believe that the cheque is going to remain in the system for more times to come. Till then, this piece of paper will continue to be an instrument of credibility.


The parties involved in a financial transaction through cheque are governed by certain rules to uphold its image as instrument of credibility. The first and foremost thing is that a cheque should not bounce once issued by a drawer in favour of a payee. This means, the accountholder who issues a cheque must have sufficient balance in the account to meet the liability of the cheque.  Currently, on the dishonour of a cheque, one can file a suit for recovery of the cheque amount  along  with  the  cost  and  interest  and can  also  file  a Criminal Complaint u/s 138 of Negotiable Instrument Act for punishment to the signatory of the cheque  for  having  committed  an  offence.  Precisely, it’s a criminal offence.

In order to enforce discipline among bank customers, the Reserve Bank of India (RBI) has asked the banks to take certain steps while dealing with incidents of frequent dishonour of cheques. The banks have been told to make it clear to its customers that in the event of frequent dishonour of a cheque for want of sufficient funds in the account, no fresh cheque book would be issued. In case of current accountholders, the bank has the discretion to close the account. Meanwhile, if cheques drawn on a particular account are dishonoured four times during a financial year for want of sufficient funds, banks are allowed to deny a fresh cheque book to the customer.

Another important thing to note is that the validity of the cheque is only three months. The banks are under regulatory directions not to accept cheques having age beyond three months. After the stipulated period, the cheque loses value and remains a mere piece of paper.

There’s also a regulatory direction on writing on the cheque. No alteration or modification in cheques is allowed even if an authorized signature has been made at the place of alteration. The banks will dishonour any kind of altered cheques. So, if a drawer makes some mistake in writing a cheque, he should simply cancel the cheque leaf and write new one. Otherwise, the banks will only dishonour the cheque.

Now an important amendment in the Negotiable Instruments (NI) Act is on cards that will restrict banks from dragging a person to court for an offence like cheque bounce.  At present, bouncing cheques is a criminal offence under Section 138 of Negotiable Instrument Act, 1881. And the consequence could be two years as well as twice the amount of the cheque.

A report in a prominent national financial daily reveals that the proposed amendment has been recently suggested by an inter-ministerial group (IMG), which was set up last year to make suggestions for necessary policy and legislative changes to deal with a large number of cases pending in various courts.

By virtue of the amendment in the NI Act, “the use of alternative dispute resolution mechanism on the lines of Section 89 of the Code of Civil Procedure, through arbitration; conciliation; judicial settlement including settlement through Lok Adalat of mediation may be made compulsory in cheque bounce cases.”

Besides, the IMG report reveals that “the court fees involved in the cheque bounce cases may be made Ad-valorem to act as a deterrent for indiscreet .and vexatious complaints. Provision may also be made for defaulting party to bear the cost of litigation in such cases.”