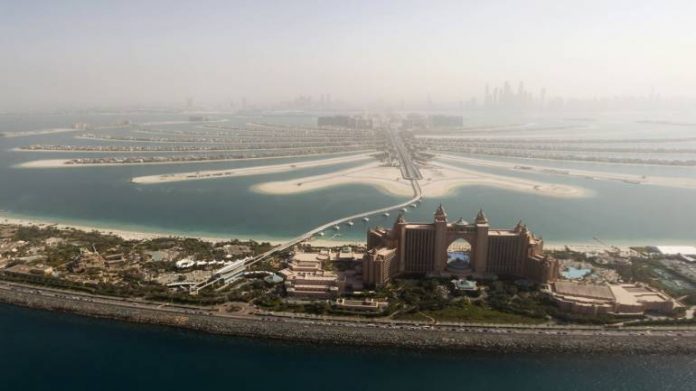 A dampener for non-resident Indians is the move by the government to plug the loopholes in gifts tax.

Currently gifts given by Indian residents to non-resident Indians – apart from the specified list of relatives – would be claimed as non-taxable. Reason being, the tax laws were worded in such a way that the onus was on the recipient to disclose such gifts and then pay the gift tax. But Budget 2019 has plugged this loophole and brought such gifts under the gamut of income-tax. On Friday, the finance minister Nirmala Sitharaman, proposed to amend the rules to make it mandatory for recipients (NRI) to disclose such gifts received if they originate in India and then pay a tax on it. It’s a subtle change of words that emphasise the origin of the gift instead of focussing on the destination of the gift abroad.

“The gifts received by the NRI would now be taxable as it is getting accrued in India. The value of these gifts is added to the income and taxed as per the normal slab rates applicable to resident Indians,” clarifies Minal Agarwal, Delhi-based tax consultant.

As a result of this change, gifts of any kind – namely shares, property, vouchers, cash etc exceeding Rs 50,000 made to anyone apart from the specified relatives or blood relations would be taxed in the hands of the NRI, except if a double taxation treaty prohibits the same.

Listen | Simply Save podcast: How Budget 2019 will impact the common man

“The specified relatives list in terms of Section 56 is fairly wide as compared to the normal list of specified relatives for other provisions. It includes, brother’s sister, spouse of the brother or sister. But acquaintances, friends, very close family relations would come in the purview. It remains to be seen whether charitable trusts would be covered,” says Dr. Suresh Surana, Founder, RSM India.

However, he adds that the treaty benefit would continue for more than 90 countries where India has a tax treaty and would restrict taxes.

“The provisions made to the taxation related to ‘gifts’ being made to NRIs shows a clear intent of the government to increase compliance and resolve ambiguities around cross border tax liabilities. The rampant misuse of the gifting route to transfer funds and property ownership to non-residents is now under tax scrutiny,” exemplifies Ameet Gaikwad, CEO of Fintify, a U.K-based cross border personal finance platform.

Though the amendment to Section 56, sub-section (2) would be brought into effect from April 1, 2020, all transfers of gifts made after July 5, 2019 would attract the tax.

This also means that an NRI would now need to compulsorily file his income-tax returns if gift above Rs 50,000 is received from a person other than the specified relative. “Even if the NRI would not have any other income in India but this gift income, he would have to file an income tax return for this gift income, which has become taxable,” Agarwal says.

The move would keep in check benami property transactions too say experts.

“Non-residents will now have to include such gifts as a global income eligible under the standard DTAA norms. This will eventually choke benami property purchases made by NRIs in the hope of receiving the gains, or the property itself at a later stage, as gifts without paying due taxes,” Gaikwad adds.

Though the gifts tax move was a negative outcome, there are many other beneficial changes announced for non-resident Indians in the Union Budget 2019. In order to attract investments through International Financial Service Centres a slew of measures were announced with respect to NRIs and investments in terms of tax breathers.

Transfer of a capital assets such as rupee-denominated Bonds of Indian companies, derivatives, global depository receipt (GDR), bonds, made by NRIs through recognised stock, where the amount is paid in foreign currency would not be regarded as transfer, proposed Finance Minister Nirmala Sitharaman. Similarly, a capital asset transfer by Category III Alternative Investment Fund in IFSC, where all the unit holders are NRIs, would not be regarded as transfer, subject to specific conditions.

Also, with effect from April 2020, income by way of interest payable to NRIs after September 1, 2019 by a unit located in IFSC on external borrowings have been proposed to be exempt.

Even mutual funds have been offered an income tax waiver on the amount distributed on or after the 1st day of September, 2019, by a Mutual Fund, whose unit holders are non-residents alone. However, note that at present, there are no such mutual fund schemes in the market that are specially focussed just on NRIs. Typically, all mutual fund schemes have a mix of resident and NRI investors. Akhil Mittal, Senior Fund Manager, Tata Mutual Fund says, “The government has proposed tax benefits for mutual funds in IFSC in GIFT City and also on income distributed by mutual Funds derived from transactions on stock exchanges set up in such IFSC in Gift city. This looks good visionary step but might not translate to immediate actionable (on account of lack of any such scheme at the moment)”.

Interest earned on rupee-denominated bonds, taken between September 17, 2018 and March 31, 2019 has been exempt from income tax.

There is more. “Due to the consolidation of investment provisions between NRI and FPI, NRIs participation in floating stocks would increase. With the 24% restriction they were not able to purchase. A clarification that is needed on the issue is whether the Rs 2,50,000-limit of FEMA for remitting money outside India sees any change,” points Surana.

The procedure to claim lower or nil tax deduction at source from income tax assessing officers has been switched to online channel instead of manual application mode.