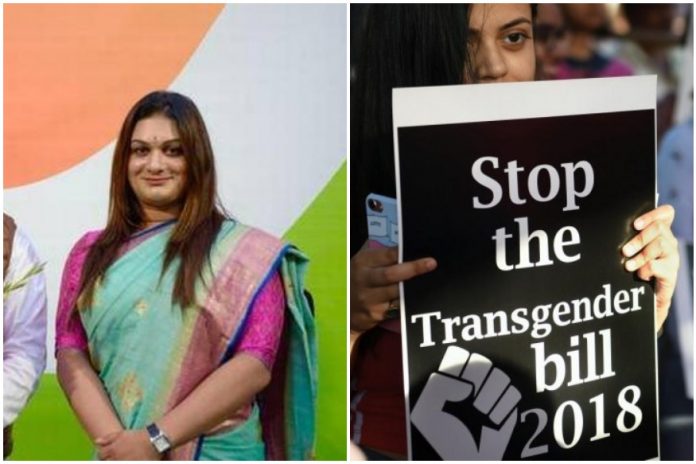 In the 2019 election, promises to fight against the Transgender Persons (Protection of Rights) Bill, 2018 have clearly made it to the election manifestos of the Congress party, the CPM and the newly formed Vanchit Bahujan Aghadi.

The inclusion of demands from LGBTQIA communities in the electoral manifestos of several electoral parties comes in the wake of a prolonged struggle by the transgender community to ensure that electoral parties would rally against the Government of India’s Transgender Persons (Protection of Rights) Bill, 2018. In the 2019 election, promises to fight against this bill have clearly made it to the election manifestos of the Congress party, the CPM and the newly formed Vanchit Bahujan Aghadi.

Surprisingly, other national parties like the All India Trinamool Congress and the NCP had both not incorporated this into their manifestos, despite having opposed the bill when it came up for discussion in the Lok Sabha. The Aam Aadmi Party and several other parties have not included trans issues in their manifestos. However, the Aam Aadmi Party was the only party to have fielded a transgender candidate in the Lok Sabha elections: Bhawani Singh from Allahabad. The other transgender candidates in the Lok Sabha elections all ran as independent candidates: “Chinju” Aswathi Rajappan from Ernakulam, Raju Mataji from Ahmedabad East, Jatin Rangrao Harne from Mumbai North East, Sneha Kale from Mumbai North Central, and M. Radha from Chennai South.

The BJP manifesto pledged to “bring transgenders to the mainstream” through “adequate socio-economic and policy initiatives”, and that “self-employment” and “skill development” will be ensured by the government.

Instead, GOI’s Transgender Persons (Protection of Rights) Bill, 2018, criminalized traditional begging without any provisions for reservation or affirmative action or penalties for discrimination in employment, education, housing, and access to health care of the kind that transgender persons routinely face. The bill also violated the right to self-identify gender that was enshrined in the Supreme Court’s NALSA vs UOI judgment. It encoded discrimination by providing vastly lower sentences (from 6 months to 2 years) for perpetrators of sexual assault of trans persons than cis women (7 years to life). The transgender and intersex community’s greatest worry is that another bill of this form will be brought back by the ruling dispensation, and the community is gearing up for another fight in case this happens.

This bill sharply differed from the progressive bill drafted by DMK MP Tiruchi Siva in consultation with the transgender community and passed as a Private Members’ Bill in the Rajya Sabha, which outlined several progressive measures including reservation for transgender persons, a transgender rights, commission, dedicated courts to address trans issues, employment and education opportunities and a clear recognition of the right to self-determination, in line with the NALSA judgment. The DMK manifesto therefore commits the party to continue to fight for “Comprehensive legislation in line with the Private Member bill”. As one of the few parties that held its own on its turf against the BJP in Tamil Nadu, the community’s hopes it will lead the fight for the rights of minorities in Parliament for multiple marginalized minority communities.

In the battle of the GOI and Tiruchi Siva bills, the transgender community was compelled to get involved in the process of impressing upon their legislators from all political parties the need to engage substantively with the issues of transgender persons. This was done with a certain amount of caution and reluctance, because the government’s own attitude towards the transgender community was one suggesting that they knew what was best for the community, disregarding several rounds of community input that clearly stated how much more difficult the bills would make life for an already beleaguered community.

Multiple attempts by the transgender community to modify this bill were not just disregarded; the government even made amendments to the bill right before introducing it that ran counter to the demands of even the most right-wing sections of the community: they brought kinners into the ambit of the bill despite their pleas to not have it apply to them, and they made the screening process for the government to decide on people’s transgender identities more bureaucratic, making binary identity status contingent upon surgery.

However, somewhat paradoxically, it was a bill that rolled back trans rights and violated the protections afforded by the NALSA judgment that led to intense political engagement by the community, and even led to some parties making a substantial commitment to trans rights in their manifesto.

When it comes to Indian National Congress, the party’s shrinking vote share is a clear outcome of its weak cadre base and its entrenchment in a structure of corruption and nepotism, despite its commitment to a progressive agenda in its manifesto and even its opposition to the Transgender Bill and other problematic bills in Parliament. The Congress pledged to introduce a bill in line with the NALSA judgment, based on community consultation, in their manifesto. They also included a pledge in their manifesto to protect the rights of the LGBTQIA+ community, to implement the spirit of the Navtej Johar judgment, and to conduct sensitivity training among government departments and the armed forces and police – while welcome, this approach by itself is somewhat limited, given the serious structural issues that remain that pit the police and the state in conflict with the LGBTQIA+ community.

Vanchit Bahujan Aghadi has incorporated more pressing transgender community concerns into their party’s first political manifesto, such as the crucial issue of “economic, social, political reservation”, as well as pledging to oppose the GOI bill and implement the NALSA judgment. Vanchit Bahujan Aghadi is also the first party to appoint a trans woman, Disha Pinky Sheikh, as their spokesperson, while the Congress was the first to appoint a trans woman, Apsara Reddy, as the national general secretary of their women’s wing.

The most detailed engagement with trans and LGB rights can be seen in the manifesto of another party that faced major electoral losses, the CPM. Apart from suggesting passing an amended form of the GOI Trans bill that deals with its current lacunae and upholds trans rights, its manifesto makes commitments to specific proposals for ensuring horizontal reservation in employment and education, and to comprehensive anti-discrimination legislation for the entire LGBT community – both the most crucial measures needed for the community. It directly addresses the problems with the bill in stating that crimes against LGBT and non-LGBT persons should be treated equally; in fact, the community would probably go beyond this and state that these should be treated as aggravated hate crimes and recognized much in the way anti-Muslim lynchings ought to be – as specific hate crimes requiring more stringent punishment. The manifesto also proposes several measures addressing violence, harassment and bullying of LGBT and gender non-confirming students, staff and teachers in educational institutions, including requiring safe bathroom access for them. This measure should ideally be expanded beyond education institutions to include all informal and formal workspaces. Finally, this manifesto goes beyond other manifestos in proposing legal recognition of partnerships and dependents “similar to marriage”.

In a similar vein, the other communist parties make commitments to LGBTQ rights, albeit in much less detail. The CPI manifesto also contains a single line committing it to passing trans-empowering legislation and socio-economic support for the LGBTQ community. The CPI ML (Red Star) likewise proposes a halt to all discrimination and harassment, and a guarantee of the equal rights of women and transgender persons in all realms. CPI ML (Liberation)’s manifesto states that it upholds the NALSA judgment and supports the idea of withdrawing the Trans Bill and passing a bill compliant with the NALSA judgment’s proposal of gender self-identification. It also goes beyond other manifestos in proposing a helpline for the community as well as legal and other forms of help and support against violence and discrimination.

Much of this progress feels pointless with respect to the specific agenda of avoiding the passage of the Transgender Rights Bill. With a first-past-the-post electoral system, the fraction of opposition legislators in the Lok Sabha is well below their vote share. The Rajya Sabha’s composition may soon change and enable the BJP to control both houses of Parliament entirely. The rights of minorities will be fully decided by a majoritarian majority party, entirely permissible within the already limited framework of majority-based democratic legislative processes.

The newly re-elected government has appointed the same Minister for Social Justice and Empowerment as before and he has wasted no time in declaring that the Transgender Rights Bill will be re-introduced in parliament. This places the transgender community in the same position of helplessness as many other minority communities. Engaging with the government to reformulate the bill has not worked. Opposing the bill publicly has had the limited effect of making it clear to the public and the media that the bill is being passed against the community’s best wishes. But the bill itself may become law.

Depressing as that prospect is, it is clear that the bill is part of a long-term political process of change. This election in particular and the reaction to this bill has led several more political parties to wake up and recognize the presence of LGBTQIA voters. Demographic data from countries such as the USA with much lower visibility and acceptance of transgender and queer people than even India put the estimate of the number of LGBTQIA identified people at 3.5% of the population, but the number who acknowledge some same sex attraction is 11%, a significant enough fraction of the voting population to count in crude terms as a vote bank.

In a country such as India that I have personally experienced as having much less social transphobia and homophobia than the US, we will only know the true strength of the queer electorate as we organize politically and socially. It is time for political parties to take trans, queer and intersex issues seriously and to learn from and understand the community well, in order to ensure that LGBTQI persons can truly be equal in this democracy. This equality promises the liberation of not just LGBTQI persons, but the liberation all of society from the restricting chokehold of the gender binary.

Telugu superstar Mahesh Babu celebrates on 9 August. Mahesh Babu may be from the film background, but with his hard work he has made a...