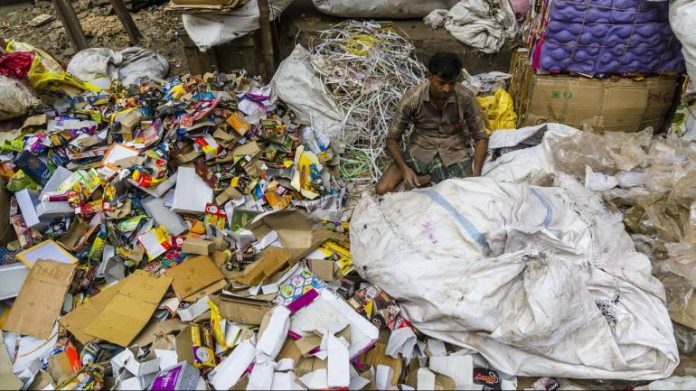 The government intends to ensure 100 percent disposal of liquid waste, with an emphasis on faecal sludge management and reuse of wastewater.

Finance Minister Nirmala Sitharaman in her Budget speech on July 5 announced the government’s plans to scale up Swachh Bharat Mission to a new level through sustainable solid waste management in every village.

The government intends to ensure 100 percent disposal of liquid waste, with an emphasis on faecal sludge management and reuse of wastewater.

Sitharaman also stated 9.6 crore toilets have been constructed, and more than 6.9 lakh villages open-defecation free since the launch of the scheme close to five years ago.

She also announced that a Rashtriya Swachhta Kendra would be inaugurated at Raj Ghat on October 2, 2019.

To accelerate the efforts to achieve universal sanitation coverage and to put focus on sanitation, the Prime Minister Narendra Modi launched the Swachh Bharat Mission on October 02, 2014.

In rural India, this would mean improving the levels of cleanliness through solid and liquid waste management activities and making villages open defecation free (ODF), clean and sanitised.

Under the Swachh Bharat Mission (Grameen), the government has declared that over 5,66,248 villages or 94.27 percent of all villages in India as open defecation-free. The National Annual Rural Sanitation Survey (NARSS) 2017-18, which was conducted by an independent verification agency supported by the World Bank, had confirmed that rural toilet usage in India had reached 93.4 percent. The NARSS team had visited over 90,000 households across more than 6,000 villages before releasing their findings.
The government’s plans include the use of latest technologies to transform waste to energy and wealth in a major mission.

Now Khadi Village Industries is also in this business of making Mask The price of these masks being sold online by Khadi India...