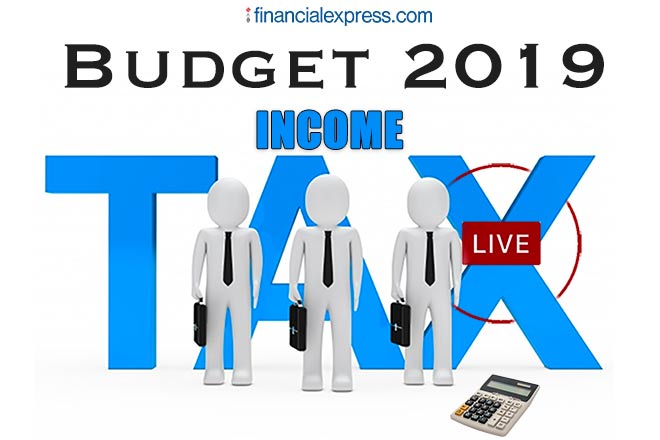 Budget 2019 for Common Man, Income Tax Slab Changes Live Updates: The most awaited aspect for the common man is the Part B of the speech where the income tax slab changes are announced. No changes were announced in the income tax slabs or rates except for the increase in surcharge for those earning between Rs 2 crore to Rs 5 crore, who are not really ordinary people. TDS was imposed on cash withdrawals but that will not hurt the common man as it is only for high value annual withdrawals. The budget speech contains many other provisions that impact the common man, salaried, women, senior citizens in different ways. The quick takeaways for the common man in this budget is the likely impact from the changes in customs duties that can alter the budgets of a common man’s household. There was income tax slab and income tax rate change but the common man got more options for additional tax saving. FM Nirmala Sitharaman proposed in her budget speech that a tax deduction of Rs 1.5 lakh would be extended to those taking loans for purchase of electric vehicles. GST rates on EVs could also head down. The FM wants the common man to participate more in the treasury bills market. Tax deduction for those buying affordable houses was enhanced thereby bringing a big relief to the common man. In what could hurt, customs on gold and precious metals was enhanced to 12.5%.

There were other measures that indirectly but significantly impact the life of the common man beyond taxes. Measures were announced for water management, solid waste management, extending digital literacy etc to the furthest parts of the country. FM Nirmala Sitharaman in her budget speech said that it is her intention to enhance to promote rental housing for the common man. The Narendra Modi government reiterated its promise of providing 24*7 power to the common man in the far-flung villages. The measures also related to providing interoperable transport card. PAN-Aadhaar interoperability was proposed so that those who do not have PAN could use the UIDAI Aadhaar option. Customs duty on books was also increased, so imported ones will be costlier for the common man who likes to read.