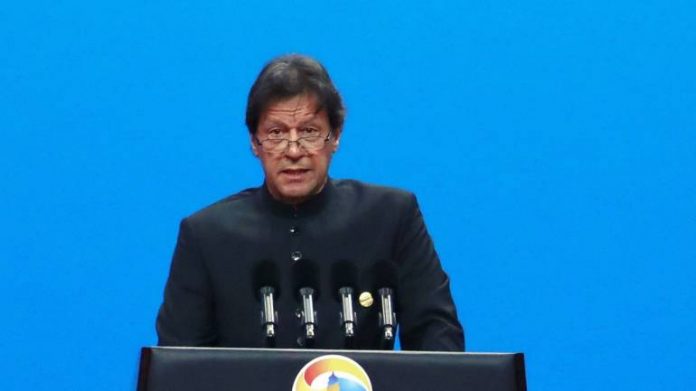 Khan will make his maiden trip to the United States on the invitation of US President Donald Trump.

Pakistan Prime Minister Imran Khan will meet US President Donald Trump on July 22 and their focus will be on improving the ties between the two countries, the Foreign Office said on July 4.

Khan will make his maiden trip to the United States on the invitation of US President Donald Trump, Foreign Office Spokesperson Muhammad Faisal told reporters here during his weekly press conference.

During Prime Minister Khan’s visit, the focus will be on further improving the ties between the two countries, Faisal was quoted as saying by Dawn.

This will be his first visit to the US since assuming office last year following his Pakistan Tehreek-e-Insaf party’s victory in the general elections.

The announcement of the meeting between the two leaders comes a day after the US designated the Balo­chistan Liberation Army (BLA) as a global terrorist group and Pakistan booked 13 top leaders of the banned Jamaat-ud Dawah (JuD), including its chief and Mumbai attack mastermind Hafiz Saeed, in nearly two dozen cases for terror financing and money laundering under the Anti-Terrorism Act, 1997, .

The US Department of the Treasury has designated Saeed as a Specially Designated Global Terrorist, and the US, since 2012, has offered a USD 10 million reward for information that brings Saeed to justice.

Saeed-led JuD is believed to be the front organisation for the Lashkar-e-Taiba, which is responsible for carrying out the Mumbai attacks. It had been declared as a foreign terrorist organisation by the US in June 2014.

Pakistani authorities in March sealed the Lahore headquarters of JuD and Falah-i-Insaniat Foundation (FIF) and detained over 120 suspected militants as part of an ongoing crackdown on banned groups.

Last month, Foreign Minister Shah Mehmood Qureshi said that President Trump had invited Prime Minister Khan in June but he could not undertake the visit because of the budget session.

He also said that talks between the two leaders would focus on “important regional matters”.

Pakistan has helped the US in re-starting the ongoing peace talks with the Afghan Taliban.
Trump was consistent in his criticism of Pakistan after launching his South Asia and Afghanistan strategy in 2017.

Amendment of citizenship law: Nepal’s move may worsen its relations with India