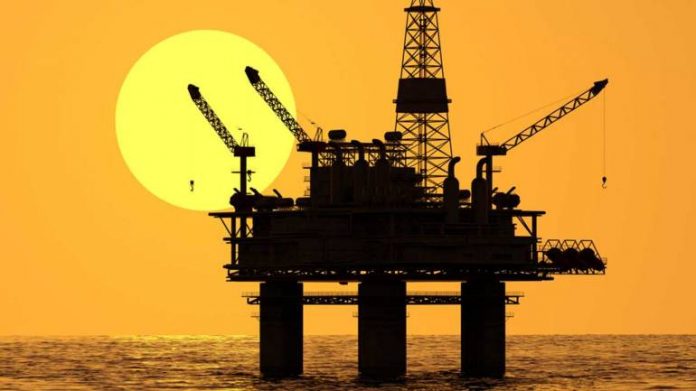 According to Iran’s budget for this year, one third of the government’s income – 1,425 trillion rials ($33.9 billion) – should come from oil and gas exports.

Iran insists on exporting at least 1.5 million barrels per day (bpd) of oil, triple May’s expected levels under US sanctions, as a condition for staying in an international nuclear deal, sources with knowledge of Iran-EU talks said.

The figure was communicated in recent meetings between Iranian and Western officials, including Iranian Foreign Minister Mohammad Javad Zarif, but has not been set down in writing, four European diplomatic sources said.

The United States reimposed sanctions in November on exports of Iranian oil after US President Donald Trump last spring unilaterally pulled out of the 2015 accord between Iran and six world powers to curb Tehran’s nuclear programme.

In an attempt to reduce Iran’s crude exports to zero, Washington ended at the beginning of May waivers that had allowed the top buyers of Iranian oil to continue their imports for six months.

The sanctions have already more than halved Iranian oil exports to 1 million bpd or less, from a peak of 2.8 million bpd last year. Exports could drop to as low as 500,000 bpd from May, an Iranian official told Reuters this month.

Iran has threatened to block the Strait of Hormuz – a major oil-shipping route – and disrupt crude shipments from neighbouring countries if Washington succeeds in forcing all countries to stop buying Iranian oil.

Iran’s Supreme Leader Ayatollah Ali Khamenei set out last year a series of conditions for European powers if they wanted Tehran to stay in the nuclear deal, including continued purchases of Iranian oil.

Khamenei did not specify which minimum level of oil sales Iran would accept to stick with the deal, or keep the Strait open.

According to one European Union official, the Iranians have not been specific, but they wanted to ensure production returned to pre-sanctions levels. Other sources said Iran’s demand seemed to be in a general range of 1.5 million to 2 million bpd.

“Zarif said specifically that they want to sell 2 million barrels of oil (per day), basically the level Iran was exporting before Trump withdrew from the deal,” said a source present at the New York meeting in which the minister made the statement.

An Iranian foreign ministry spokesman was quoted by state news agency IRNA as saying on May 14: “Iran’s demands have been clearly stated in our president’s letter on May 8 to the leaders of the remaining countries in the JCPOA (nuclear deal).”

“Paying attention to these reports, which are based on incomplete and imprecise conjectures, is not constructive and can undermine the conditions needed for serious diplomacy,” spokesman Abbas Mousavi said when asked about this Reuters story.

Iran’s Deputy Foreign Minister Abbas Araqchi said last week that for Tehran to stay in the nuclear deal, Iranian oil sales should reach their pre-sanctions level or at least “start the process of returning” to such a level.

Araqchi also said another Iranian condition was to have full access to oil-export revenues, and to spend them as it pleased, not only on food and medicine as proposed by EU countries.

According to Iran’s budget for this year, one third of the government’s income – 1,425 trillion rials ($33.9 billion) – should come from oil and gas exports.

The budget was based on a forecast crude oil price of $50-$54 per barrel and a US dollar rate of 57,000 rials, meaning the Iranian economy could remain sustainable if exports came to at least 1.5 million bpd.

Portions of Iran’s oil sales go to the country’s sovereign wealth fund and to the National Iranian Oil Company (NIOC) for production expenses and other costs.

President Hassan Rouhani this year reduced the share of oil revenues allocated to the wealth fund from 30% to 20% due to expectations of lower exports as US sanctions bite.

The government also earns revenues by exporting gas to a number of neighbouring countries.

Iran’s oil exports during previous sanctions in 2012 fell to as low as about 1 million bpd, pushing up inflation. Iranian officials have vowed to prevent similar price spikes in future.

The International Monetary Fund, however, expects tighter US sanctions could push inflation in Iran to 37% this year, the highest since 1995.

Once Europe’s biggest supplier, Iran has seen its exports gradually cut off from European buyers.

China – Iran’s largest oil customer with imports of 475,000 bpd in the first quarter of this year – has also stopped buying from Iran after Washington chose not to renew sanctions waivers.

“The real problem for Iran is oil exports, but that’s a question the Iranians have to ask the Chinese and Indians,” a senior European diplomat said.

“The survival of this accord is a universal obligation and not just a European one as the Iranians keep claiming … If we want to save the deal, the Chinese have to continue buying the oil.”

While Beijing has criticised the US sanctions, companies are erring on the side of caution. China Petrochemical Corp (Sinopec Group) and China National Petroleum Corp (CNPC), the country’s top state-owned refiners, have skipped Iranian oil purchases for loading in May.

Iran has said it will sell oil on a “grey market” to evade US sanctions, without giving details.

One year after Washington quit the deal, Iran announced on Wednesday steps to relax some restrictions on its nuclear programme.

In letters to the deal’s remaining signatories – Britain, France, Germany, Russia and China – Rouhani gave them a 60-day ultimatum to protect his country’s interests or face a resumption of high-level Iranian enrichment of uranium.

But the letter did not detail Iran’s economic demands, specifically how much oil it wants to sell, one diplomat said.

“They (Iranians) took a small step away from the deal. I think they would be satisfied with a small, reciprocal step from Europe,” another source said. “The reciprocal step wouldn’t be about oil. I don’t think there is much to do on oil.”