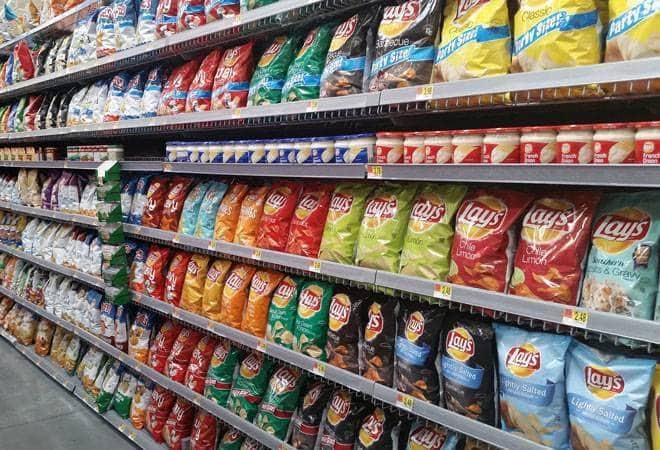 According to data from research firm Nielsen, PepsiCo’s flagship brands, Lay’s and Kurkure shrank by both value and volume in FY19 while rivals Haldiram’s and ITC grabbed a bigger share of the pie
As competition intensifies in India’s Rs 28,000 crore snacks market, the market shares of the leading players in the space are in a state of flux. The buzz is that PepsiCo has managed to hang on to its top cat position despite rivals eating into the market shares of its flagship brands, Lay’s and Kurkure. The company was the first global brand to begin selling packaged snacks in India in 1995.

Citing data from research firm Nielsen, industry sources told The Economic Times that rivals Haldiram’s and ITC grabbed a bigger share of the pie during the year ended March 2019 while Lay’s and Kurkure shrank by both value and volume. As per the data, PepsiCo’s volume share for Lay’s potato chips, with overall sales of over a billion dollars, fell to 33% in 2018-19 from 34% a year earlier, while value share declined to 36% from 38%. For Kurkure, PepsiCo’s local salty snacks brand, volume share dropped to 27% from 30% in FY18, while value share declined to 28% from 31%.

Meanwhile, ITC’s share in overall snacks has reportedly gone up to 7.2% from 6.4% by value in the same period. “ITC Foods has emerged a leading player in the snacks category with leadership position in the bridges segment,”
ITC divisional chief executive (foods) Hemant Malik told the daily. He added that this was due to “increasing consumer traction, anchored on innovative and differentiated variants” as well as advertising.

However, PepsiCo claims that the Nielsen data has been under-reported. “We have not subscribed to Nielsen data for the last 18 months,” a company spokesperson told the daily, adding that both the flagship brands continue to be market leaders in snacks, posting “strong double-digit growth rate”. According to him, “premiumisation and innovation” resulted in gains in both value and volume terms in 2018-19.