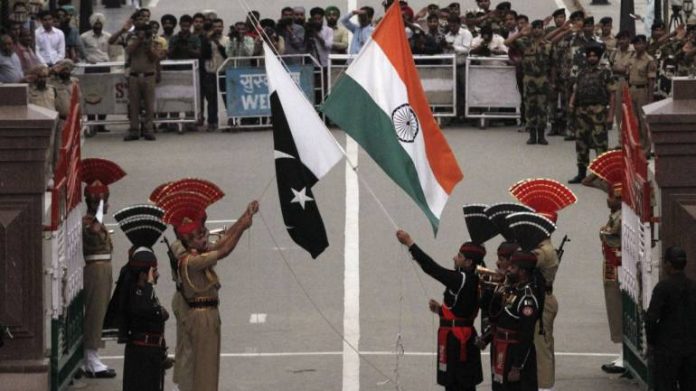 According to the Hawaii judge both the countries are facing several other problems such as the existential threat of climate change.

A military conflict between India and Pakistan is an “unnecessary misconception”, says Hawaii Supreme Court judge Michael D Wilson who stresses that there is much to be done in partnership by both the countries.

According to him, both the countries are facing several other problems such as the existential threat of climate change. Nonetheless terrorism and violence cannot be used to hurt citizens in order to achieve a particular political objective and accountability is necessary when such acts are committed, he said.

He was of the view that the cultural connect between the two countries has the potential to achieve reconciliation.

“I tend to think that the idea that there needs to be a military conflict in order to protect both the societies is unnecessary misconception. With respect to terrorism, I don’t subscribe to the idea that somebody can use violence to hurt innocent citizens in order to achieve political objective. Accountability is necessary when such acts are committed and countries have to protect its citizens,” Justice Wilson told PTI.

The judge said “the talents India and Pakistan have and the good leaders in the two countries give them an opportunity to reconcile in a way that if it’s not a formal political reconciliation then it is at least something which is a cultural connection.”

He said India, Pakistan and Bangladesh “are not failed countries” and there is talent and integrity in the three neighbours and so much can be done by them in partnership to tackle environmental issues.

Justice Wilson, who was here on the invitation of O P Jindal Global University VC C Raj Kumar, also gave the ‘Green Law’ lecture on “Environmental Justice and the Rule of Law: Role of the Judiciary and Judges”, organised here by the university.
He praised the Indian judiciary including National Green Tribunal in dealing with various environmental issues. The judge has played a leading role in establishing a court that specialises in environmental laws in Hawaii.