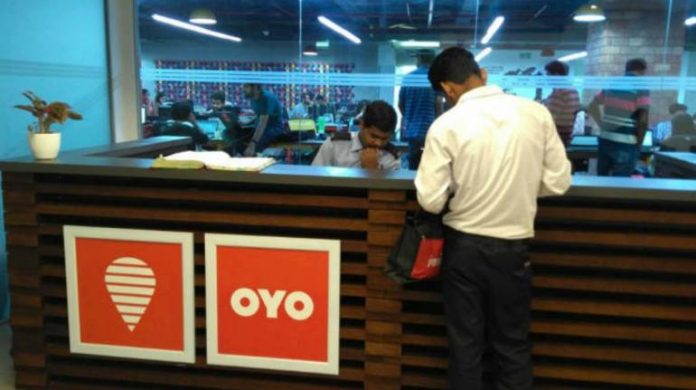 Flush with funds, SoftBank-backed hospitality firm Oyo is mulling a foray into the food delivery space with the launch of in-house cloud kitchens, a person privy to the development told Moneycontrol.

The company has hired Chandan Agarwal as the head of food and beverage and cloud kitchen unit. He is the co-founder and former chief operating officer of  cold-pressed juice company Fresh Food Concepts Pvt Ltd which sells its products under the brand name Imagine.

To begin with the company has started listing its cloud kitchens on online food delivery firms such as Swiggy and Zomato. The idea is to study the market first before they open their own platform for ordering.

Oyo has been running the project since the last two months across select metro cities.

“That is the initial thing which has gone live and they will keep evolving it.  Eventually they will sell through their own platform. To set up a food business, two things are required — kitchen and an app with a huge amount of traffic. They have both,” said the source quoted above.

“Food is all about quality. The easier way to sell that hypothesis is by selling it on other platforms, so that is what they are doing. It is all about whether or not people are liking your food. The hypothesis has to be proven. Once that happens, they will sell through their own app,” the person added.

According to multiple people, the company has started off with the brand name Adrak and will soon be launching more brands. Mint reported about Oyo’s plans to launch Adrak first.

“Everyday one and a half lakh people come to Oyo’s app and make a transaction. Leading food delivery firms on the other hand must be having 5-6 lakh orders but the aggregate order size is Rs 300. On the contrary Oyo’s ticket size is three to fives times of this. From a transaction and stickiness perspective Oyo’s app is equal to any of the leading food delivery firms. So the logical thing is to do it themselves eventually. There is no deadline for the launch but the team is in place and all I can say is that yes Oyo is going to evolve from where it is today,” said the source.

Oyo declined to comment on the specific queries of Moneycontrol. In a statement, the spokesperson said: “As the largest hotel chain in India, operating franchised and lease assets, we do have an active play in the F&B business with an average of about 25 percent of our revenue coming through the kitchens we operate in our some of our hotels and hence culinary design and good food experience are valuable to us. We have nothing further to announce at the moment.”

However, in an interaction with Moneycontrol last month, Ritesh Agarwal, founder and chief executive officer of Oyo, had said that the company runs F&Bs in over 500 of its buildings across the country.

“As we run them, we are increasingly seeing that this is an important part for the customer in terms of experience. People love great home cooked meals. But at the same time, it (food and beverages) also contributes upto 25 percent of our revenue share in some of our brands. Which means there’s a large enough impact it can create for us. Now with that said, we are very focused on our in-hotel, in-room dining sort of an experience at this point in time. If we do consider to distribute our food produce in a different way, we will let you know in the future but our mindset remains that of the real estate operator and the food producer for now,” he had said.

Oyo last announced a fund raise from US-based firm Airbnb in addition to a $1 billion funding round from investors including SoftBank and ride-hailing firm Grab, operates in India, China, the United Kingdom, Dubai, Indonesia and Malaysia.

After a blip in 2016, food delivery sector is gaining back popularity with every investor wanting to have a stake in the game.

While food delivery is a cash guzzling business, companies have been aggressively trying to work out the unit economics. Zomato recently reported that it garnered about 75 percent of its total revenue of the financial year ending March from the food delivery segment. It has also claimed that some tier 3-4 cities have already turned unit economics positive for them along with few high density neighborhoods in large cities.

Swiggy had announced a $1 billion fund raise in a round led by existing investor Naspers.

Oyo was also reported to be in talks to acquire cloud kitchen startup FreshMenu. There is no immediate clarity on the status of that deal.

Amazon launches ‘School from Home’ store in India, now school essentials will be available together

HC’s big decision in vehicle accident case, where the resident can also make a case there.