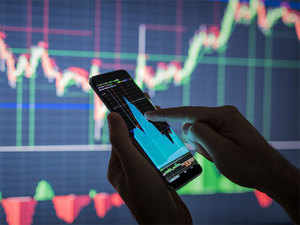 For the last seven trading sessions, Nifty has been below its all-time high and consolidating in a 200 points range.

Recent low of 11,549 becomes the near-term support for the market. Holding above 11,549 bias remains positive and we expect market to breakout on upside. Breach and sustenance above 11,760 on Nifty on tradable basis can help the rally to continue towards 11,900-12,000 levels. However, breaking below 11,549 and market can see correction towards 11,350-11,300 where next set of supports are seen.

India VIX has risen by 10.3 percent to 20.3 in last two days. Thus, further increase suggests market will see volatile moves and cap upside gains. If volatility stabilizes or cools off, it will be supportive for market in decisive breakout on upside.

Here are the top stock trading ideas which can give good returns:

The stock is in uptrend forming higher tops and higher lows since last October low of Rs 534. Early this year stock witnessed breakout at Rs 655 odd levels from major consolidation of almost four years and hit all-time high of Rs 787 couple of weeks back. Since then, the price has corrected Rs 748 in a narrow trading range.

The stock has taken support at 21-day exponential moving average which has been acting as support on dips. Stochastic oscillator has given positive crossover with its average from oversold levels on daily chart suggesting short term decline is over and resumption of uptrend.

Thus, stock can be bought at current level and on dips to Rs 750 with stop loss below Rs 730 for target of Rs 850 levels.

After hitting all-time high of Rs 591 of in September last year, the stock corrected down to Rs 396 levels in October. Since then, the  stock has been consolidating at lower levels. It has formed multiple lows in the region of Rs 435 and Rs 396 levels over last five months indicating as strong support zone for the stock.

Yesterday it formed long body bullish candle and with high volumes indicating strong momentum and buying participation. Thus, indicating the stock is bottoming out and starting of fresh uptrend. MACD line has moved above equilibrium level on daily chart and given positive crossover with its average on weekly chart suggesting change in trend.

Thus, stock can be bought at current level and on dips to Rs 470 with stop loss below Rs 455 for target of Rs 565 levels.

The stock has seen major consolidation between Rs 1650 and Rs 1100 odd level for last two years. It has formed bullish cup and handle pattern on weekly chart. Currently the stock is trading above the breakout level and close to its all-time high of Rs 1709.

Recent price decline has taken support and bounced back from 20-day moving average which as acted as support and resistance for the stock in the past. MACD line has given positive crossover with its average above equilibrium level on weekly chart.

The stock had witnessed sharp decline from in latter half of last year from around Rs 1000 to Rs 6300 odd levels. In the process it has retraced 50 percent of the major rise from Rs 3193 to Rs 9996 that comes around Rs 6597 and repeatedly tested the support level.

Also, on weekly chart last two lows were formed around 200-weekly moving average. The stock has formed multiple lows in the region of Rs 6,500 to Rs 6,300, thus indicating as strong support zone. Volumes have been above average indicating accumulation in the stock at lower levels.

On the daily chart, stock has formed bullish pole and flag pattern given breakout on upside. Price has crossed 100-day moving average and closed above it which has been acting as resistance for the stock.

The stock is in uptrend forming higher tops and higher lows since October low last year. It crossed its previous all-time high of Rs 902 last month and has been consolidating above at its highs. Recent dips in the price have taken support at 20-day moving average and bounced back indicating buying coming at higher levels.

Stochastic oscillator has given positive crossover with its average from oversold levels on daily chart.

The author is Head of Technical and Derivatives at Sanctum Wealth Management.