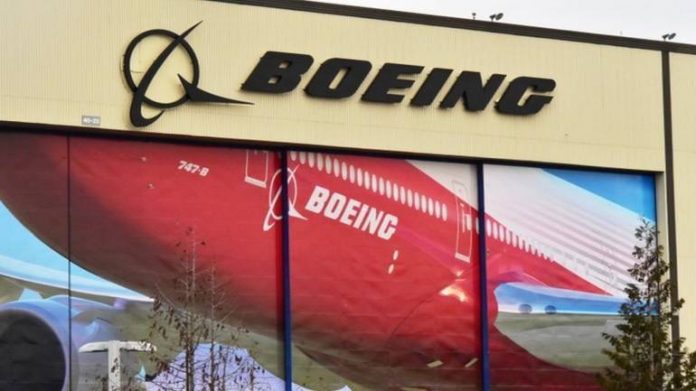 Boeing Co’s orders and deliveries sank in the first quarter, with zero new orders for the 737 MAX following a worldwide grounding in March in the wake of two fatal plane crashes.

The groundings forced Boeing to freeze deliveries of the MAX, which had been its fastest-selling jetliner until a March 10 crash on Ethiopian Airlines that killed all 157 onboard, just five months after a similar crash on Lion Air that killed all 189 passengers and crew.

Total orders, an indication of future demand, fell to 95 aircraft in the first quarter from 180 a year earlier, suggesting a wait-and-watch approach for airlines as Boeing rides out the worst crisis in its history.

Still, Boeing is ahead of its European rival Airbus, which last week said it had won 62 gross orders during the first three months of 2019 but some 120 cancellations left it with a negative net order.

Deliveries are financially important because that is when planemakers receive the bulk of money from airlines’ purchases.

It is still unclear when the MAX jets will fly again, with global regulators including China saying they would join a U.S. Federal Aviation Administration panel to review the aircraft’s safety.

“A fix and removal of the grounding prior to September 2019 could be perceived positively,” Jefferies analyst Sheila Kahyaoglu said, noting that fresh scrutiny of the certification process could potentially filter into Boeing’s 777X program.

Goldman Sachs said it does not expect Boeing to deliver any MAXs in the second quarter and said it was difficult to expect MAX orders at the upcoming Paris Air Show in June.

The latest variant of Boeing’s 737 family, which makes up the bulk of its narrowbody production, has been viewed as the likely workhorse for global airlines for decades and central to Boeing’s long-running battle against Airbus.

The company had been ramping up MAX deliveries before the grounding, with the planes accounting for nearly half of its deliveries in the last few months.

There were more than 300 MAX jetliners in operation at the time of the fatal Lion Air crash last October, and about 4,600 more on order.

Trump shocks IT professionals, American companies will not be able to hire Indians

Russian scientists claim to have discovered the weakness of coronavirus: Normal water