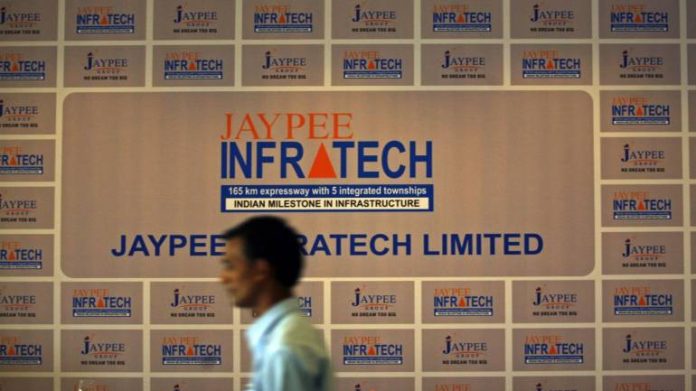 isposing of all the petitions and applications pending before it in the Jaypee Infratech matter, the Supreme Court on Thursday ordered a fresh round of bidding for the company, but barred parent Jaiprakash Associates or its promoters from participating in it.

The apex court has said that the insolvency proceedings against Jaypee Infratech will be dealt with by the Allahabad bench of the National Company Law Tribunal (NCLT).

The court also ordered the reconstitution of the company’s Committee of Creditors in light of recent amendments to the Insolvency and Bankruptcy Code (IBC) that permit homebuyers to be a part of the resolution process.

The three-member bench, headed by Chief Justice of India Dipak Misra and comprising of Justices AM Khanwilkar and DY Chandrachud, said that the insolvency resolution process for Jaypee Infratech will be deemed to have started afresh from today for a period of 180 days.

The National Company Law Tribunal may extend this period by up to 90 days if necessary, the bench said. The insolvency resolution professional has been ordered to invite fresh bids but both Jaiprakash Associates and Jaypee Infratech have been barred from participating.

The Rs 750 crore that Jaiprakash Associates had deposited with the Supreme Court’s registry will now be transferred to the NCLT, which will dispose it off in an appropriate manner, the court said. It also allowed the Reserve Bank of India to initiate insolvency proceedings against Jaiprakash Associates.

“JIL/JAL (Jaypee Infratech/Jaiprakash Associates) and their promoters shall be ineligible to participate in the CIRP by virtue of the provisions of Section 29A. RBI is allowed, in terms of applications to this Court to direct the banks to initiate corporate insolvency resolution proceedings against JAL under IBC,” the Supreme Court said.

“The amount of Rs 750 crore which has been deposited in this court by JAL/JIL shall together with the interest accrued thereon be transferred to the NCLT and continue to remain invested and shall abide by such directions as may be issued by the NCLT,” it said.

Is this good for homebuyers?

While some homebuyers and lawyers argued that the Supreme Court’s order on Thursday takes them back to where they started, and that the court has ‘washed its hands off the case’ by transferring the matter back to NCLT, legal experts said that the fact that amendments were made to the IBC to allow homebuyers to become a part of the resolution process should not be ignored.

“It does not set the clock back. If the matter was not in the apex court, the company could have gone into liquidation as the COC had taken a decision that no resolution plan was acceptable to it. SC saved the company from liquidation and has now given it 180 days’ time so that now homebuyers can also participate in the process and decide on the course of action,” a legal expert told Moneycontrol.

“Homebuyers were not financial creditors when the matter was brought before the apex court last year. One should not discount the fact that amendments were brought about in IBC to benefit homebuyers. Under the amended code, homebuyers will now be part of the reconstituted committee of creditors and have a say in the process,” said Ramakant Rai, counsel for a group of affected homebuyers.

As for the argument that the Supreme Court was only able to make the builder deposit Rs 750 crore out of the Rs 2,000 crore it had earlier ordered, legal experts pointed to the court’s order that allows RBI to move an application for insolvency against Jaiprakash Associates.

At an earlier hearing, JAL had said it would deposit Rs 600 crore more to refund homebuyers if it was allowed to dispose of its identified assets, including a cement plant at Rewa in Madhya Pradesh.

The NCLT on August 10 last year, admitted IDBI Bank’s plea to initiate insolvency proceedings against Jaypee Infratech for defaulting on a Rs 526-crore loan. While admitting the bank’s plea, the NCLT had appointed Anuj Jain as Interim Resolution Professional (IRP) to manage the company’s business.

The IRP had invited bids from investors interested in acquiring Jaypee Infratech and completing the stalled real estate projects in Noida and Greater Noida. Consequently, Lakshadweep — a joint venture between the Sudhir Valia-led Suraksha Asset Reconstruction Company and Mumbai-based Dosti Realty — emerged as a front-runner to acquire the company with a Rs 7,350-crore bid.

However, Jaypee Infratech’s lenders had rejected Lakshadweep’s bid as they found it to be inadequate.

The lenders did not consider the bid of Jaypee Group promoter Manoj Gaur either. Gaur had made an offer of over Rs 10,000 crore to revive Jaypee Infratech and had also offered 2,000 shares to every affected homebuyer.

On July 2, homebuyers stuck in Jaypee projects for almost a decade had demanded that Jaiprakash Associates should not be allowed to regain control of Jaypee Infratech, as the former neither has any intent nor any financial strength to finish constructing the remaining flats.

“Jaypee has not been able to complete construction till date nor will it be able to do so in future. A private company such as Suraksha or Kube or a government agency such as NBCC should come forward. They are only waiting for instructions from the government and the Supreme Court to complete the projects so that the projects are handed over in time. There are 20,000 units left out of 35,000 booked. These can be completed in the shortest possible time under the direct supervision of the Supreme Court and under the monitoring committee formed by the Supreme Court within a timeframe and with the involvement of homebuyers,” a homebuyer had told reporters at a conference held earlier.