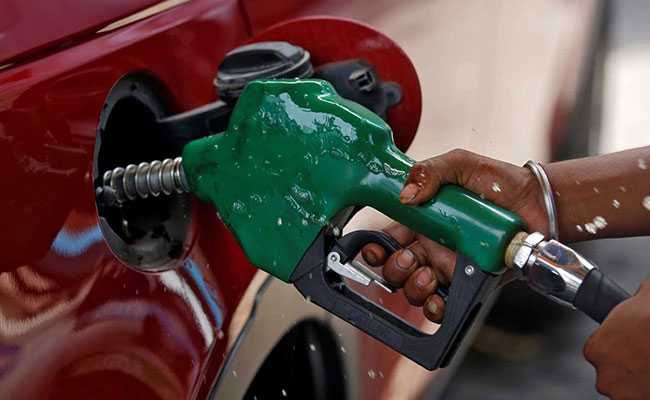 Saturday was the fourth consecutive day when petrol and diesel prices remained unchanged in Delhi, Kolkata and Chennai.

Saturday was the fourth consecutive day when petrol and diesel prices remained unchanged in Delhi, Kolkata and Chennai. In Mumbai, petrol prices were slashed by 6 paise on Friday.

As for diesel prices, in Delhi and Chennai, Saturday was the fourth consecutive day of no change in prices. In Mumbai, diesel prices were last slashed on Friday by 3 paise and in Kolkata, the last cut happened on June 25 to the effect of 7 paise.

Oil marketing companies like IOC, Bharat Petroleum and Hindustan Petroleum revise fuel prices with effect from 6 am every day.

The domestic petrol and diesel prices are decided on a daily basis by oil marketing companies according to global crude oil rates and the rupee-dollar exchange rate, among other factors.

Income tax rebate can also be available on a car loan! These documents will...

If your car is being used in business activities, then you can claim income tax rebate equal to the annual interest of the loan...

Criminals have dominated the politics of UP Know how many ‘tainted honorable’ in which...

Crime & Politics: All the major parties of UP who accuse each other about criminals are silent. They know very well that their clothes will...

US declaration – If there is a war with China, US army will support...

India-China Faceoff: The White House said that if the circumstances of the India-China Border Dispute are created, then it is clear that the US...

In the encounter between the Indian security forces and the terrorists, an army man and a Jammu and Kashmir policeman were injured. Srinagar. Encounter is going on between Indian...