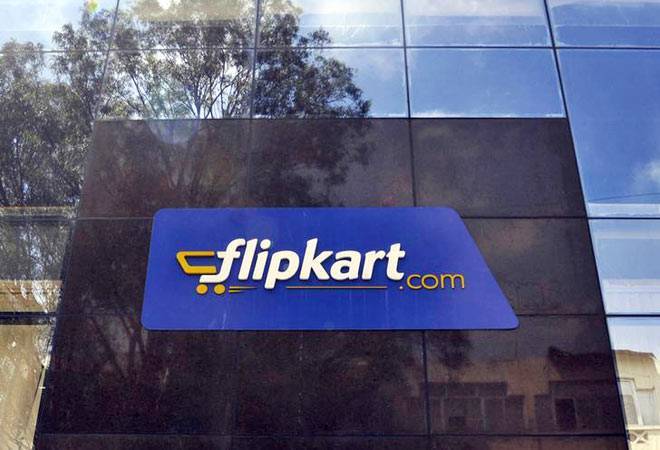 Goldman Sachs reportedly predicted that India’s grocery etailing market will hit $40 million in the current fiscal, posting a compounded growth rate of 62 per cent from 2016 to 2022. So, obviously, all the ecommerce majors in the country are eyeing this space, the latest one being the now Walmart-backed Flipkart.

According to The Economic Times, the Bangalore-based etailer aims to launch grocery services in five cities by July, beginning with Hyderabad and followed by Chennai, Mumbai, Delhi-NCR and Pune. This follows the company’s soft launch for the groceries category in Bangalore last November under a tab called Supermart.

It reportedly notches up 200-300 orders on average daily, going up to 2,000 orders on days that have some promotions running. So in the Garden City, Flipkart is now planning to scale up and move into the “fresh” – read perishable – category of fruits and vegetables. It has already set up a warehouse near Whitefield that boasts a capacity to handle 3,000 orders a day from Bangaloreans.

“We are looking to solve consumer needs in (the grocery) category. That’s the first step, and we will build the category through the course of the year,” said a Flipkart spokeswoman.

Recognising that it will be facing stiff competition from well-entrenched rivals like BigBasket, Grofers and Amazon India, it is expected to offer steep discounts of 25-50 per cent on groceries purchased at the beginning and end of each month.

“Flipkart wants to capture the customers that shop for groceries in the first 10 days (of a month), who make up 60% of the customer base,” a source in the know told the daily, adding, “It wants to expand its customer base through these low-ticket yet high-frequency purchases.”

This is not the first time that Flipkart is eyeing the grocery segment. Back in 2015, it had briefly flirted with the business through its app Nearby, which tapped local kirana stores.

This time round, it is likely to be a lot more successful since it will be able to leverage Walmart’s omni-channel retail expertise, grocery and general merchandise supply-chain knowledge and financial strength. Let’s not forget that the US brick-and-mortar behemoth already operates 21 Best Price cash-and-carry stores in 19 cities across nine states, and has announced plans to scale up to 50 new stores in the next five years.

In the meantime, here’s what its biggest competitor is up to. Last month Amazon India announced plans to set up five more warehouses in as many cities, including Bangalore, Gurgaon and Mumbai, before the festive season of 2018.

With this new addition, Amazon will have 67 fulfilment centres in 13 states, creating a specialised network for Amazon Now, its hyper-local grocery delivery business. The latter promises two-hour deliveries and is already operational in four cities. In Bangalore alone it reportedly manages 2,000 orders per day. It also has Amazon Pantry, an online supermarket offering next day deliveries in 34 states across India.

But it is dreaming bigger still, and is betting on AmazonFresh – the parent company’s flagship fresh grocery delivery service in the US. “I would not speculate on when we would launch AmazonFresh but, absolutely, if you ask me the next five years of vision, from your avocados to your potatoes, and your meat to your ice cream, we’ll deliver everything to you in two hours,” Amit Agarwal, the India head of Amazon told Reuters last month.

He added that groceries and FMCG products such as creams, soaps and cleaning products, were already the largest product category on Amazon in terms of number of units sold in India. No wonder the company sees groceries and household products to account for over half of its business in India by 2023.

Also not to be taken lightly are the flush-with-funds BigBasket and Grofers, India’s largest online grocers. In February, Bangalore-based BigBasket raised $300 million Series E funding in a round led by Alibaba, China’s largest e-commerce firm, and a month later, Grofers raised around $62 million in a round led by existing investor SoftBank. Meanwhile, several niche startups like ZopNow, Milkbasket, DailyNinja among others are also making their presence felt. Last heard, Swiggy wants in on the action too. The bottomline? Prepare to be spoilt for choice.